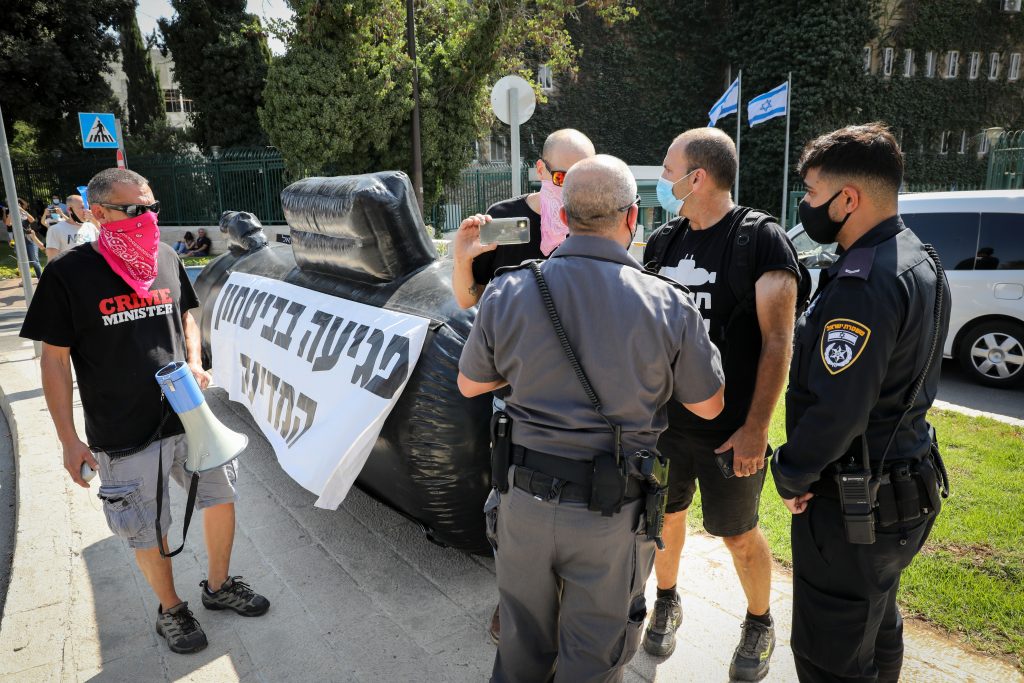 Anti-Netanyahu demonstrations grew into a major coalition irritant on Thursday as protesters harrassed a Likud minister outside the Knesset, prompting calls for Blue and White to agree to stricter regulation.

Police detained two protesters in an incident which Likud MK Dudi Amsalem was chased and shouted at him  that he was “garbage” and “corrupt,” until he reached the safety of the Finance Ministry building. Amsalem was described as shaken by the experience, according to Channel 12.

The demonstrators also brought sacks of fertilizer to the Knesset, hurling it in fistfuls at the parliament while shouting, “This is the symbol of the stench of corruption,” the network said.

Coalition chairman Miki Zohar (Likud) threatened a coalition breakup if the anti-government demonstrations are not halted, claiming that they are backed by the Blue and White party, Arutz Sheva reported.

MInister of Education Yoav Galant (Likud) attacked Attorney General Mandelblit for permitting demonstrations despite the danger they pose to public health in the epidemic.

“The world has been turned upside down,” Galant said.

“At a time when two and half million students are locked down at home due to the virus, the attorney general under pressure from Blue and White has permitted mass demonstrations of 2,000 people as if there is no corona. This is outrageous.”