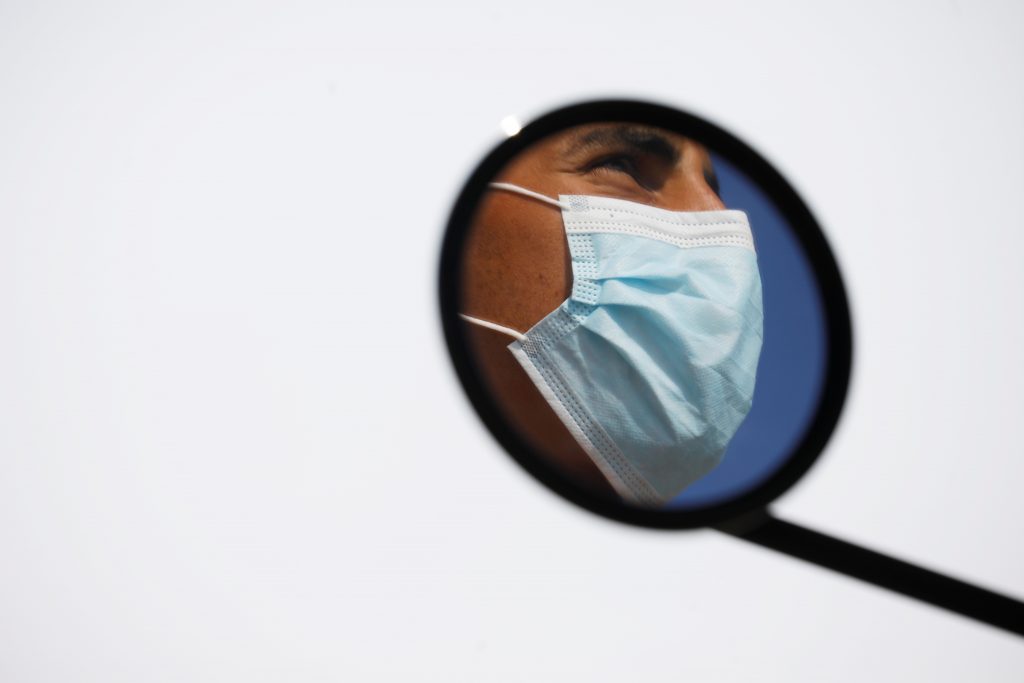 – Invoking terms such as “war” and “national emergency,” Israeli Prime Minister Binyamin Netanyahu‏‏ told the nation on Thursday night that a full nationwide lockdown was necessary in a fight for survival.

“These lockdown measures are not easy, but saving lives comes first. This is a national emergency. We are at the height of an ongoing war – the Corona War. The plague is also expected to take another heavy toll in human lives. I am sorry but this is the truth,” Netanyahu said following a coronavirus cabinet meeting approved a tighter lockdown.

Netanyahu sought to put the blame for the situation on the opposition, saying: “There is one simple rule – when you open up the economy, the morbidity goes up. Unfortunately, with the removal of the restrictions, there is a gradual slackening in adherence to health regulations. Those who led it were populist politicians…I heard Yair Lapid this evening during a national emergency gnawing at the struggle and endangering the lives of Israeli citizens.”

He acknowledged dissenting professional opinion, which has received extensive coverage in the Israeli media in recent days, but insisted there was no other way:

“There have been real dilemmas because some of the experts have told us that it is possible to live without a lockdown, but the health care system is not up to it,” the prime minister said.

“I respect the experts but the citizens of Israel didn’t elect bureaucrats” to make these decisions, he said.

“We are in one of the most difficult crises we have ever known. We are fighting for the lives of the citizens of Israel. I refuse to be drawn into populism, obsessions or Zionism, but instead to focus on saving lives and saving society.”

“The decision to open the economy was too early, the decision to transfer the responsibility for cutting off the chain of infection to the IDF came too late,” the defense minister said.

And urging unity: “This is not a struggle between protesters and worshippers, this is not a virus that only affects the chareidim or secular. This is a war for our lives, the incitement brought by certain interested parties between parts of the people must not prevail.

Opposition leader Yair Lapid again hammered at his recurrent theme, that the crisis was Netanyahu’s fault.

He disputed that other countries were struggling much as Israel has been. “It’s another lie over which the government has lost public trust.” He asserted that governments around the world that prepared were able to contain the virus, and displayed a graph from the Financial Times showing Israel’s infection climbing much more steeply than in other countries.

Nevertheless, Lapid said the lockdown rules must be observed.

“We will pray responsibly, we will protest responsibly… We won’t let Netanyahu turn this into a war between secular and religious [people],” he said.

“The government isn’t protecting us; let us protect ourselves.”

“It’s embarrassing to see that Netanyahu has chosen to continue to incite against the protesters tonight,” he tweeted.

“Everyone is to blame but the prime minister. The protesters at Balfour [Netanyahu’s residence] are not responsible for the crisis, and they will be [able] to exercise their democratic right without restrictions after the lockdown is lifted,” wrote Nissenkorn.

Responding to an allegation that he pushed through the lockdown in order to suppress demonstrations against him, Netanyahu called it “absurd.”

On the contrary, he said, “these anarchist and ludicrous protests…help us politically [because] the public is sick of them.”

“The demonstrations … show contempt for the rest of Israelis who are being disciplined,” says Netanyahu.

“[The demonstrations] incubate the virus and incubate anarchy — [we’ve had them in Israel] at a scale nowhere else in the world,” he added.

Science and Technology Minister Izhar Shay told Blue and White leader Benny Gantz on Thursday that he intends to resign over the limitations imposed on political demonstrations.

Gantz asked to meet with him before he submits his resignation letter, The Jerusalem Post reported.

The government presented its proposals to the Knesset for approval, including the granting of emergency powers to restrict demonstrations for an initial period of two weeks, allowing Israelis to move no more than one kilometer from their homes in order to protest, and restricts demonstrators to capsules of no more than 20 people.

Also on the list: the closure of all non-essential industry and businesses, strict restrictions on travel, movement, and congregation, closure of shuls with outdoor minyanim limited to 20 people.

An exception was made for Yom Kippur, which begins Sunday at sundown, when shuls will be allowed to open and an estimated 2 million Israeli Jews are expected to attend services.

Finance Minister Yisrael Katz claimed a partial victory in his efforts to save the economy from a more extreme shutdown:

“After a difficult fight, we managed to change the framework for shutting down the private sector to allow many factories that were set to close — in the high-tech and defense industries — and [allow] construction to continue operating during the lockdown,” said Katz, according to Army Radio.

Assuming passage in the Knesset, the enhanced lockdown will commence on Friday afternoon.

The Health Ministry on Thursday reported nearly 7,000 new cases of COVID-19 as the national death toll from the disease reached 1,376. Officials said that 400 people died from the disease in the past month alone.