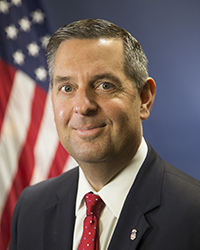 A top federal prosecutor in the battleground state of Pennsylvania revealed on Thursday his office has launched an investigation into a small number of discarded mail-in ballots that were cast for President Donald Trump in the upcoming 2020 U.S. presidential election.

In a highly unusual public statement, U.S. Attorney for the Middle District of Pennsylvania, David Freed, said his office and the FBI were contacted on Monday by Luzerne County District Attorney Stefanie Salavantis amid concerns about “potential issues with a small number of mail-in ballots at the Luzerne County Board of Elections.”

Since then, he said, his office can confirm that a “small number” of military ballots were discarded, without giving more details as to why.

“Investigators have recovered nine ballots at this time. Some of those ballots can be attributed to specific voters and some cannot. All nine ballots were cast for presidential candidate Donald Trump,” he added.

The news about the investigation in Pennsylvania, a state Trump carried in 2016 by 44,000 votes, could add fuel to Trump’s efforts to cast doubt on the legitimacy of the upcoming election.

He has often asserted, without evidence, that widespread mail-in voting will lead to fraud. Democrats, meanwhile, have encouraged voting by mail so that Americans can safely vote during the COVID-19 pandemic.

Freed said in his statement that his office’s inquiry “remains ongoing” and he expects to provide an update later on Thursday with officials in Luzerne County.