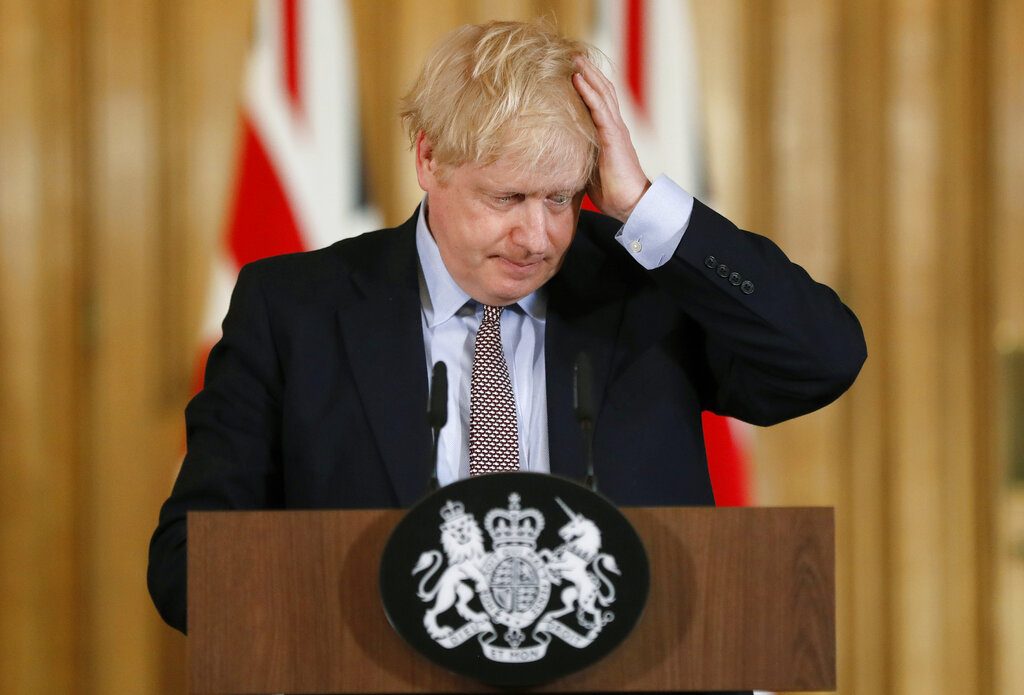 Britain bungled its response to the coronavirus the first time around. Now many scientists fear it’s about to do it again.

The virus is on the rise once more in the U.K., which has recorded almost 42,000 COVID-19 deaths, with confirmed infections at their highest level since May. The surge has brought new restrictions on daily life, the prospect of a grim winter of mounting deaths — and a feeling of deja vu.

“We didn’t react quick enough in March,” epidemiologist John Edmunds, a member of the government’s scientific advisory committee, told the BBC. “I think we haven’t learnt from our mistake back then and we’re, unfortunately, about to repeat it.”

The U.K. is not alone in seeing a second wave of COVID-19. European countries including France, Spain and the Netherlands are struggling to suppress rising outbreaks.

But Britain’s pandemic response has revealed a roster of weaknesses, including unwieldy government structures, a fraying public health system, poor communication by Prime Minister Boris Johnson’s government and a reluctance to learn from other countries.

Like many other countries, Britain was unprepared for the pandemic.

Britain quickly approved a test for COVID-19, but lacked the lab capacity to process those tests. That meant attempts to locate, test and isolate the contacts of every infected person soon foundered.

By the time the government ordered a nationwide lockdown on March 23, the virus was out of control. Supplies of protective equipment to hospitals and nursing homes soon ran dangerously short.

The U.K. spent months trying to develop a contact-tracing smartphone app from scratch before abandoning it and adopting an Apple- and Google-developed system already used in many other countries. The app was launched in England on Thursday — four months late.

There were some successes. Britain’s state-funded health-care system coped; its hospitals weren’t overwhelmed. But that was achieved at the high cost of postponing routine surgeries, appointments and screening for cancer and other diseases.

Like some other countries, the U.K. released elderly patients from hospitals back to nursing homes without testing them for the virus. Thousands died as a result.

Critics say the government was slow to advise wide use of face masks, just as it was slow to require quarantines for people arriving from abroad.

But the key failing, many believe, is in the coronavirus testing system.

Britain has rapidly expanded testing capacity, to some 250,000 a day, and set up a test-and-trace system with thousands of staff.

But when millions of U.K. children went back to school this month — and some came home with coughs and fevers — demand for tests surged to around 1 million a day. Many people found they could not book a test, or were sent hundreds of miles away.

In Britain, where more than 6,000 cases were recorded Wednesday, criticism of Johnson’s leadership is growing.

In March, Johnson said Britain could “send the virus packing” in 12 weeks. Earlier this month, he said he hoped things would be back to normal by Christmas. This week he acknowledged that new restrictions will be in place for six months.