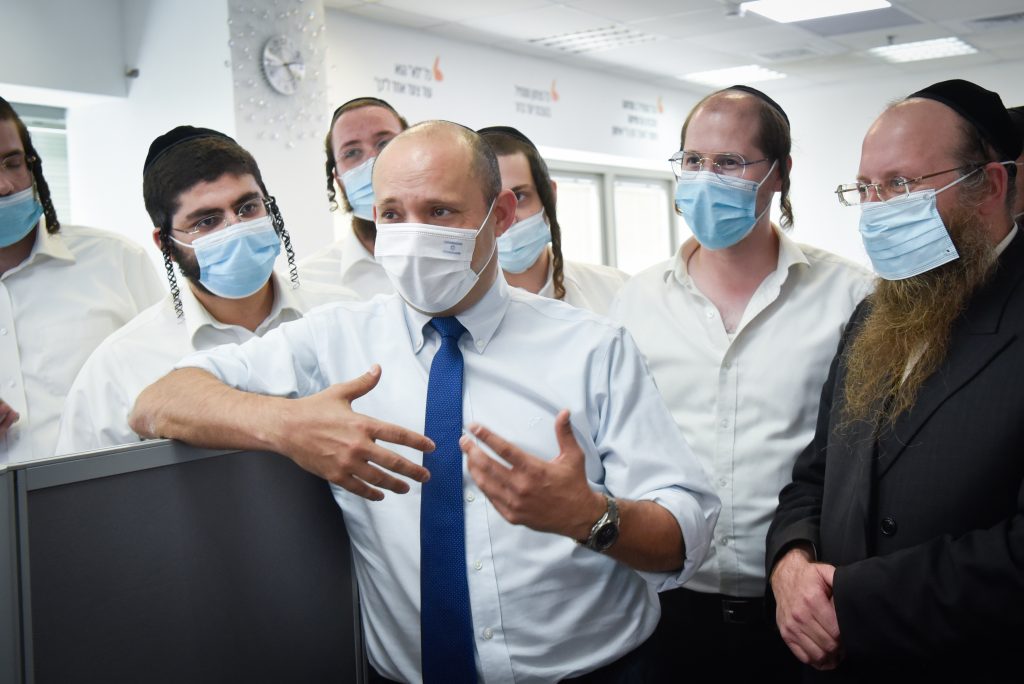 Naftali Bennett’s Yamina party has become the second largest in the country, now only a few seats behind Prime Minister Binyamin Netanyahu‏‏’s Likud, according to a poll published on Wednesday evening.

Yamina would climb to 21 seats in the Knesset, while Likud would slip to 29, if elections were held today, the Channel 12 poll said. It was Yamina’s highest rating to date, way up from its current 5 in the Knesset, as Likud with 36 actual MKs falls below 30 for the first time in a year and a half.

But if Likud and Yamina, currently in the opposition, could forge a coalition, the right-religious bloc would have a robust majority of 66, combining with Shas’s 9 and United Torah Judaism’s 7.

The findings included an interesting hypothetical: What if Likud MK Yifat Shasha-Biton would run at the head of her own party?

According to the poll, Shasha-Biton, who as chairwoman of the Knesset Coronavirus Committee, has fought some of the government’s lockdown measures, would win 8 seats. Those would come at the expense of Likud, which would drop 3, and Yamina which would end up with 19.

The poll was conducted by the Midgam Institute headed by Mano Geva among a representative sample of the entire population of Israel aged 18 and over including 512 respondents, with a sampling error of + 4.4%. Data was collected on September 23.