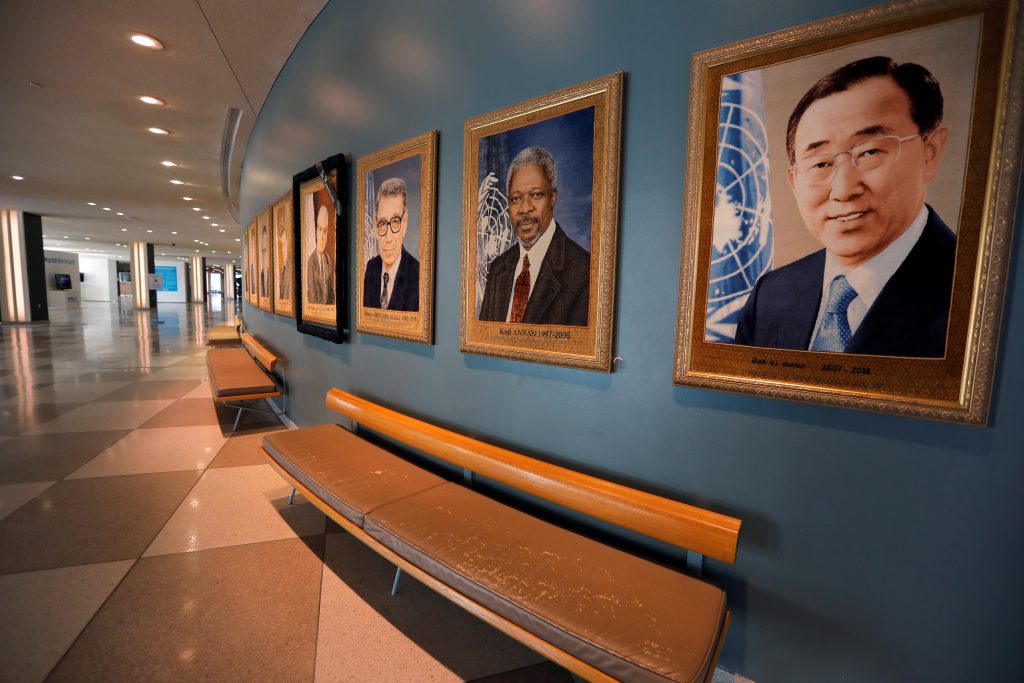 Saudi Arabia’s King Salman bin Abdulaziz on Wednesday called for a comprehensive solution on Iran and disarming its affiliate Hezbollah in Lebanon, and expressed support for U.S. efforts to start talks between Israel and the Palestinians during his first address to the United Nations General Assembly.

He said Iran has exploited a 2015 nuclear deal with world powers “to intensify its expansionist activities, create its terrorist networks, and use terrorism,” adding that this had produced nothing but “chaos, extremism, and sectarianism.”

“A comprehensive solution and a firm international position are required,” he told the 193-member General Assembly in a video statement, prerecorded due to the coronavirus pandemic.

The United States quit the Iran nuclear pact in 2018 with President Donald Trump dubbing it the “worst deal ever.” Washington has since imposed unilateral sanctions and asserts that all countries also have to reinstate U.N. sanctions in an attempt to push the Islamic Republic to negotiate a new deal.

But all the remaining parties to the nuclear deal, including longtime U.S. allies, and 13 of the 15 U.N. Security Council members say the U.S. claim on U.N. sanctions is void and diplomats say few countries are likely to reimpose the measures.

“Our experience with the Iranian regime has taught us that partial solutions and appeasement did not stop its threats to international peace and security,” King Salman said.

On attempts to mediate peace between Israel and the Palestinians, the Saudi monarch said a 2002 Arab peace initiative is the basis for a “comprehensive and just solution” ensuring the Palestinians obtain an independent state with East Yerushalayim as its capital.

“We support the efforts of the current U.S. administration to achieve peace in the Middle East by bringing the Palestinians and the Israelis to the negotiation table to reach a fair and comprehensive agreement,” he said.

The king stopped short of endorsing recent U.S.-brokered agreements by the United Arab Emirates and Bahrain to establish ties with Israel. Saudi Arabia has quietly acquiesced to the deals but has signaled it is not ready to take action itself.

King Salman also said a deadly blast in Lebanon’s Beirut port last month “occurred as a result of the hegemony of Hezbollah … over the decision-making process in Lebanon by force of arms.”

“This terrorist organization must be disarmed,” he said.

Authorities have blamed the Aug. 4 blast on a huge stockpile of ammonium nitrate stored for years at the port without safety measures.