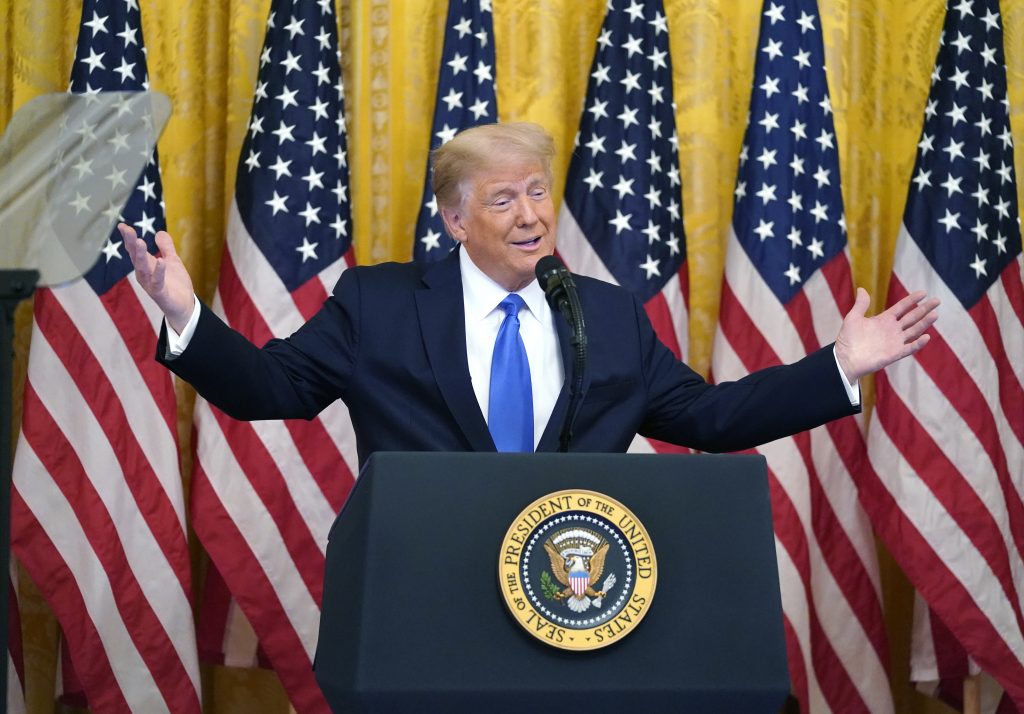 Americans traveling to Cuba will not be able to buy rum or tobacco as souvenirs, nor will they be able to stay in government hotels, according to new restrictions announced by President Donald Trump on Wednesday.

“Today as part of our continuing fight against communist oppression, I am announcing that the Treasury Department will prohibit U.S. travelers from staying at properties owned by the Cuban government,” Trump said in a speech to honor Bay of Pigs veterans at the White House. “We are also further restricting the importation of Cuban alcohol and Cuban tobacco. These actions will ensure U.S. dollars do not fund the Cuban regime.”

The Treasury Department modified the embargo regulations on Cuba to prohibit imports of rum and tobacco, as well as lodging in hotels or properties controlled by the Cuban government, government officials and the Communist Party, or their close relatives.

The properties will appear in a new list created by the Department of State. Travel and tourism companies subject to U.S. jurisdiction will not be able to make reservations at these properties.

The list names 433 hotels and properties, including some “casas particulares” (private rentals) that the State Department determined were not independent of the government, said Carrie Filipetti, deputy assistant secretary of State for Western Hemisphere Affairs, in a call with reporters on Wednesday.

The measures will deal a harsh blow to Cuba’s tourism industry because the government owns all the island’s hotels. Many travel companies have operations in the United States and will therefore be affected by the measure. Previously, the administration had banned accommodation in hotels run by military companies, but now the prohibition extends to all state-run properties.

Thousands of Cuban Americans who travel to the island every year usually take their families on vacation at these hotels.

“The prohibition on the use of hotels owned by the government of Cuba will also result in fewer airline flights from the United States to Cuba,” said John Kavulich, the president of the U.S.-Cuba Trade and Economic Council.

Filipetti said the restrictions aim at denying funds to the government, which dominates the hospitality industry as well as tobacco and rum production. She added that the policy intends to benefit owners of private bed and breakfasts.

“The Cuban government profits from properties in the hospitality industry owned or controlled by the Cuban government … all at the expense of the Cuban people, who continue to face repression at the hands of the regime,” said secretary of State Mike Pompeo in a statement. “Authorized travelers should instead stay in private accommodations, or casas particulares, owned and operated by legitimately independent entrepreneurs.”

The Treasury also eliminated a general authorization policy for the participation or organization of conferences, seminars, exhibitions and sporting events. Citizens, residents and companies subject to U.S. law must apply for a specific authorization or license for these activities.

The new rules will go into effect Thursday, when they will be officially published in the Federal Register.

In the last two years, the administration has intensified its “maximum pressure” campaign against the Cuban government, citing human rights violations and its support of Nicolás Maduro in Venezuela.

In June, the Trump administration included Fincimex, a company controlled by the military conglomerate GAESA, on a list of entities linked to the Cuban military. Persons subject to U.S. jurisdiction are prohibited from direct financial transactions with these entities.

The United States also suspended all charter and commercial flights to Cuba, except for flights to Havana. It also limited per person remittances to $1,000 per quarter. And it has sanctioned companies involved in the shipments of Venezuelan oil to Cuba.

U.S. sanctions, the coronavirus pandemic and the decline in Venezuela’s oil aid have plunged Cuba’s inefficient socialist economy into a deep crisis. The population currently suffers from a severe shortage of food, medicine and hygiene products, and although the government has promised some economic reforms, none appear to be immediate.

The sanctions and the unrelenting attacks on socialism have secured Trump the support of a significant portion of Cuban American voters.

“The Obama-Biden administration made a weak, pathetic, one-sided deal with the Castro dictatorship that betrayed the Cuban people and enriched the communist regime,” Trump said in the White House speech. “Today, we reaffirm our ironclad solidarity with the Cuban people, and our eternal conviction that freedom will prevail over the sinister forces of communism.”