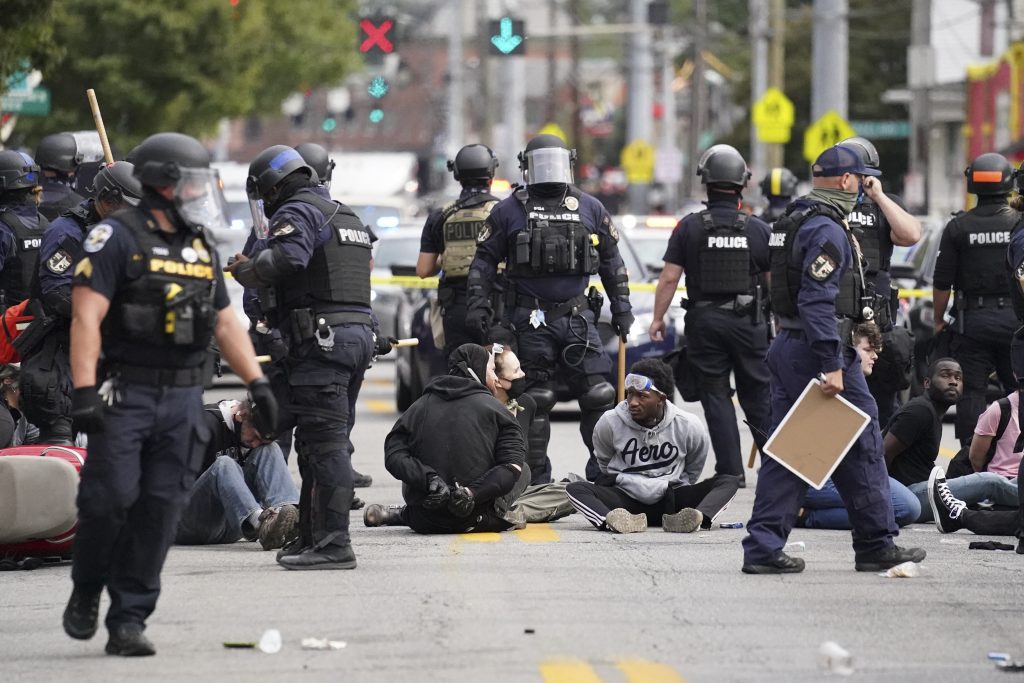 Police in Louisville have set off flash bang devices to clear a square in that Kentucky city where several hundred people had gathered to protest a grand jury’s decision in the killing of Breonna Taylor. Police in riot gear then approached the square.

The protesters had rallied Wednesday evening in Jefferson Square in Louisville, where a fire was set near the courthouse and then quickly extinguished.

Louisville police called Wednesday evening’s gathering an “unlawful assembly” in an announcement over a loudspeaker and ordered demonstrators to disperse. The police threatened to make arrests if people did not comply.

Then police lined up with shields outside of the courthouse, and demonstrators threw plastic water bottles at the officers. Demonstrators began chanting “Breonna Taylor” before officers fired the flash bang devices to disperse the crowd.

The protesters had gathered in the Kentucky city to protest a grand jury’s decision to not indict police officers on criminal charges directly related to Taylor’s death earlier this year in a drug raid gone wrong.