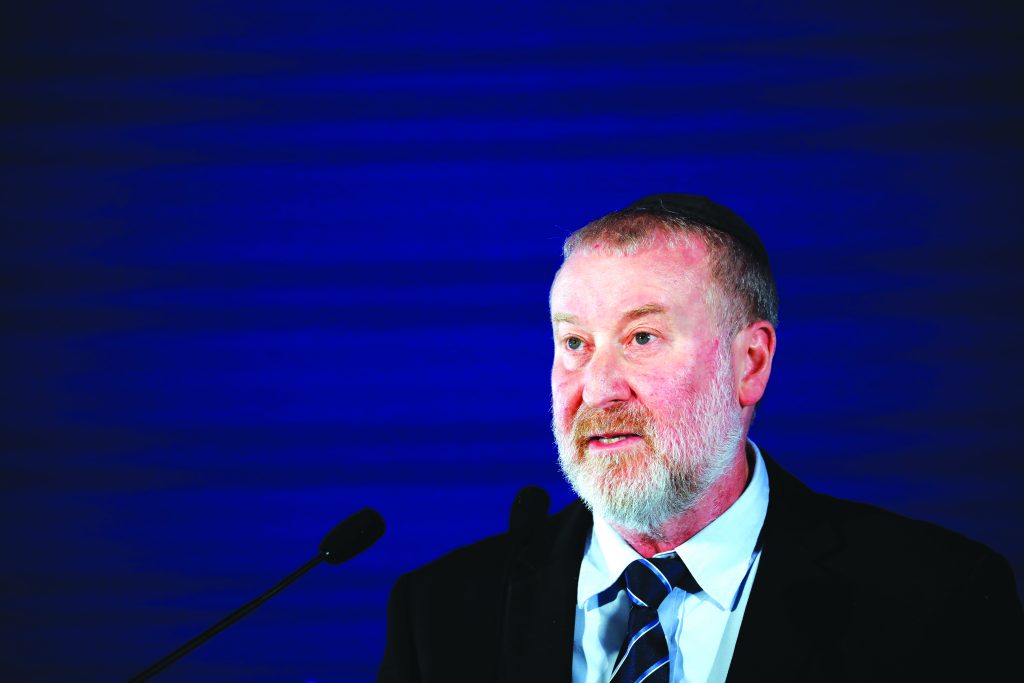 A news item got lost in the shuffle last week, between the historic White House peace signings and the controversy over the corona lockdown, which could have a greater impact on the lives of Israeli citizens than either of those major stories.

“These are not rare events,” Hayut said of the media leaks. “Is it not time to act? To inquire? It is grave in our eyes that nothing has been done.”

Until now, the attorney general and the state prosecutor brushed off allegations that prosecutors, in cahoots with police and the media, were using criminal investigations to bring down politicians who weren’t to their liking. Any criticism was dismissed as — in the words of Mandelblit — part of a “campaign to cast doubt over my work and the prosecution’s work.”

When Netanyahu’s lawyers complained that media leaks were causing “grave harm” to their client, Mandelblit insisted that there was “no room to check or investigate the incidents,” without even bothering to explain why.

Former State Prosecutor Shai Nitzan did offer an explanation. He said that probing leaks would require investigating journalists and this would impact freedom of the press (and lead to less fawning coverage for the prosecutors who would like to become Supreme Court justices after retiring).

Given this virtual immunity from investigation, much less prosecution, police and prosecutors have been free to trample the rights of suspects, who, for instance, undergo interrogation only to find a verbatim transcript of what they said in the newspapers the next day. It’s a system that allows the police to use any means to persuade a person to turn state’s witness, including humiliation and threatening to ruin his family life.

No wonder the public has lost all confidence in the police and prosecutors, who are viewed as the enemies of democracy.

But things are beginning to change, due to a string of reports of corruption that can’t be dismissed.

Amit Segal, a respected journalist, revealed that one of the senior police officers involved in Case 2000, the alleged attempt by Netanyahu to gain favorable coverage in Yediot Acharonot, had a clear conflict of interest — which other police commanders knew about and chose to cover up.

What’s more, the state prosecutor refused to investigate a report that the police chief had falsely accused Yaqoub Abu Al-Qia’an, a Bedouin who was shot by police in 2017, of deliberately trying to run over security officers in a terror attack, because this might have helped the prime minister in his argument that the police are biased.

Legal expert and Makor Rishon journalist Yehudah Yifrach revealed that the police chief had bypassed the most fitting candidate to head the Police Investigations Unit (which probes police wrongdoing) because he refused to go along with the cover-up.

Netanyahu correctly called Segal’s report an “atomic bomb,” in that it showed that the prosecution selectively investigates wrongdoing. Al-Qia’an was murdered twice — once, accidentally, by police who shot him; and a second time, intentionally, by prosecutors who refused to clear his name.

At a pre-Rosh Hashanah toast, Mandelblit insisted that “we are isolated from outside noises,” his way of relating to public outrage. But now that the Supreme Court president has joined the chorus of those calling for a probe, he may have to start paying attention to the noise.

We may yet see the day when police and prosecutors, and maybe even judges, are subject to outside review, leading to a civil rights revolution in Israel that would have more impact on citizens’ lives than peace with the Arabs.