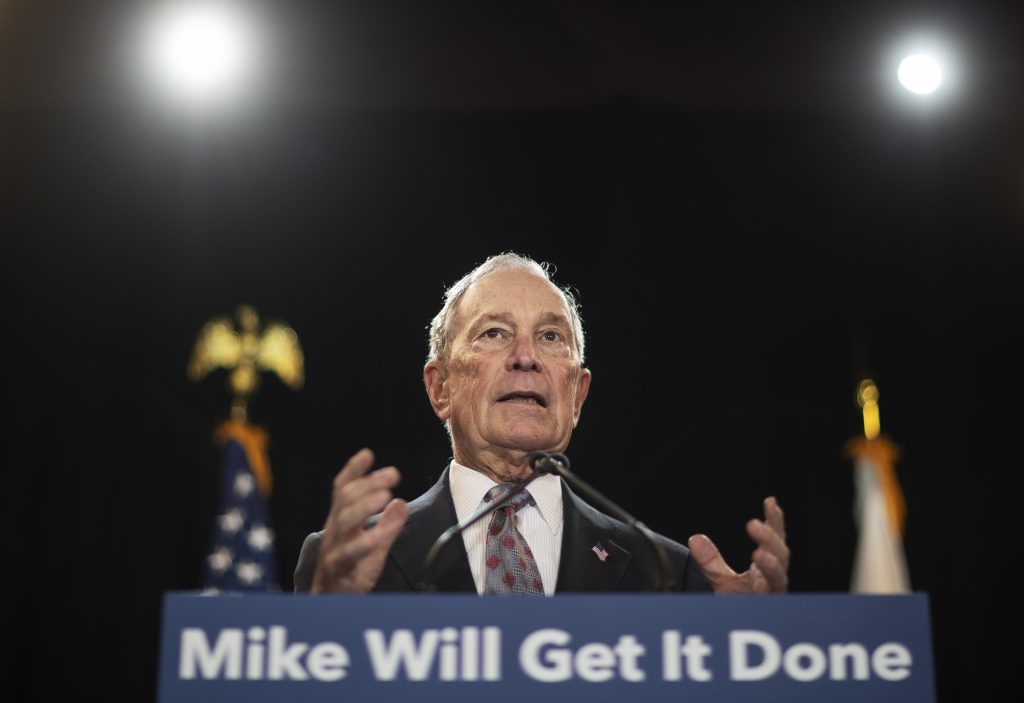 Florida’s attorney general asked state and federal law enforcement on Wednesday to investigate possible election law violations after billionaire and former Democratic presidential candidate Mike Bloomberg helped raise more than $16 million for Florida felons to pay their debts so they can vote in the presidential election.

Attorney General Ashley Moody sent letters to the Florida Department of Law Enforcement and the FBI saying that further investigation is warranted. Gov. Ron DeSantis had asked Moody to review allegations that Bloomberg and the Florida Rights Restoration Coalition had violated the law by offering incentives for voting. DeSantis and Moody are both Republicans.

“I have instructed the Statewide Prosecutor to work with law enforcement and any Statewide Grand Jury that the Governor may call,” Moody said in a written statement.

In 2018, voters approved a constitutional amendment to restore most felons’ voting rights once they’ve completed their sentences. The exception was for murderers and some other serious offenders. But when crafting the law to implement the amendment, the Republican-dominated Legislature said that rights wouldn’t be restored until all fines, court fees and restitution were paid.

Bloomberg announced this week that he raised more than $16 million to help pay off the financial obligations for felons so they can vote. While the coalition says it doesn’t target people based on their political affiliation, Moody is questioning whether the donation violates laws that prohibit giving people incentives to vote.

A federal appellate court ruled on Sept. 11 that in addition to serving their sentences, Florida felons must pay all fines, restitution and legal fees before they can regain their right to vote. The case could have broad implications for the November elections. Florida has 29 electoral college votes that are crucial to President Donald Trump’s hopes of staying in the White House.

Moody’s letter was sent on the same day DeSantis and the independently elected Cabinet, acting as the state clemency board, decided not to act on a pardon petition sought by Florida Rights Restoration Coalition President Desmond Meade. Moody is a Cabinet member, but declined to vote on Meade’s request for a pardon. DeSantis said he wanted more time to review his case.

The money Bloomberg raised is targeted for felons who registered to vote while the law was in question and who owe $1,500 or less. That accounts for about 31,100 people, his staffers said. In a state that decided the 2000 presidential election by 537 votes, that could be critical in a year when polls show Trump and former Vice President Joe Biden in a dead heat.

The Florida Rights Restitution Coalition had raised about $5 million before Bloomberg made calls to raise almost $17 million more, according to Bloomberg staffers.