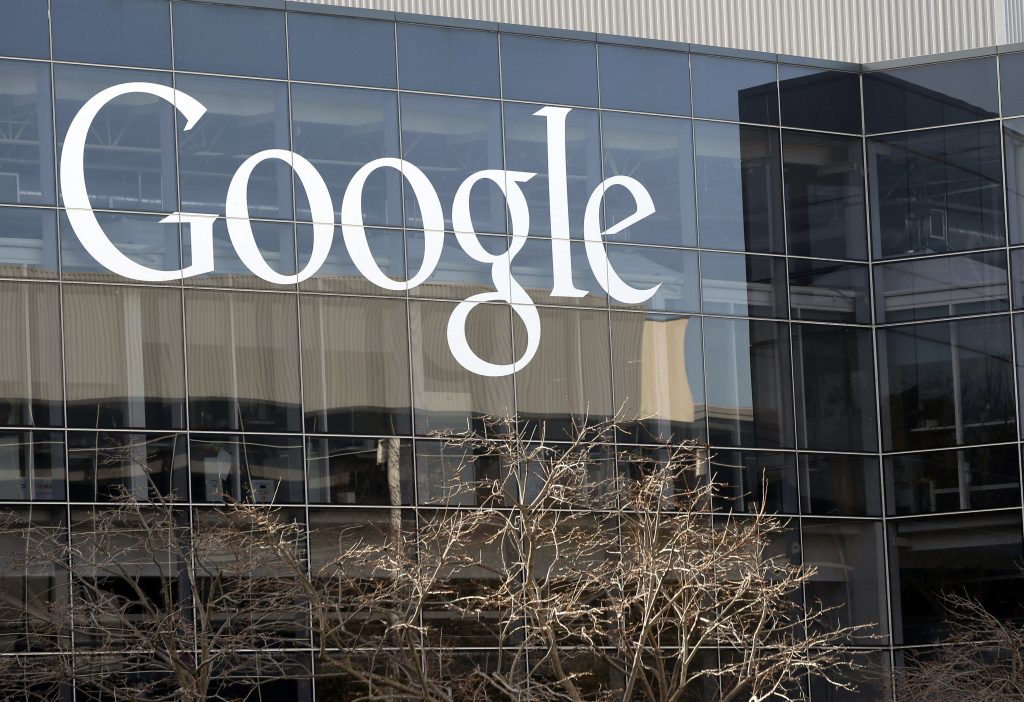 As the Trump administration moves toward antitrust action against search giant Google, it’s campaigning to enlist support from sympathetic state attorneys general across the country.

And President Donald Trump pushed his campaign against Big Tech on Wednesday, touting curbs on legal protections for social media platforms he denounces as biased against conservative views.

“In recent years, a small group of technology platforms have tightened their grip over commerce and communications in America,” Trump declared at a White House event with Attorney General William Barr and Republican attorneys general from several states. “They’ve used this power to engage in unscrupulous business practices while simultaneously waging war on free enterprise and free expression.”

The anticipated lawsuit against Google by the Justice Department could be the government’s biggest legal offensive to protect competition since the ground-breaking case against Microsoft almost 20 years ago.

Lawmakers and consumer advocates accuse Google of abusing its dominance in online search and advertising to stifle competition and boost its profits.

For over a year, the Justice Department and the Federal Trade Commission have pursued sweeping antitrust investigations of big tech companies, looking at whether social media and tech giants have hurt competition, stifled innovation or otherwise harmed consumers. And a bipartisan coalition of 50 U.S. states and territories, led by Texas Attorney General Ken Paxton, announced a year ago on the steps of the Supreme Court that they were investigating Google’s business practices. They cited “potential monopolistic behavior.”

Now with some 40 days to the presidential election, the Justice Department appears to be approaching legal action against Google and soliciting the support of state attorneys general on an issue of rare bipartisan agreement, while Trump appeals to his political base by amplifying a longstanding grievance of conservatives against Silicon Valley.

Along with the antitrust drive, the Justice Department has asked Congress to roll back long-held legal protections for online platforms of social media, putting down a legislative marker in Trump’s drive against the social media giants. The proposed changes would strip some of the bedrock protections that have generally shielded the companies from legal responsibility for what people post on their platforms.

Trump signed an executive order earlier this year challenging the protections from lawsuits under a 1996 telecommunications law that have served as the foundation for unfettered speech on the internet.

The White House said Wednesday the legislative proposal would protect the open internet and prevent hidden manipulation by social media. In addition, Barr said, the government will provide individuals the ability to pursue legal claims against online platforms for “bad-faith censorship.”

Social media platforms can abuse consumers’ trust “by deciding which voices they are going to amplify and which they are going to throttle, and by improperly tracking, collecting user data and even facilitating criminal activity,” Barr said.

Separately, the Justice Department’s antitrust officials are expected to discuss their planned action on Google in Washington meetings and a conference call with the state attorneys general on Thursday.

“Big Tech has a powerful influence on commerce and our daily lives, warranting significant scrutiny,” Washington state attorney general Bob Ferguson said in a statement on Tuesday. “Any effort to abuse that influence for competitive gain calls for vigorous enforcement of the antitrust laws.”

Support from the states would bolster the Justice Department’s case against Google. It’s a tricky political calculus for states, however. If a Biden administration takes over next year, the status of the lawsuit against Google would be unclear. A state signing on to the federal case also could limit the tools, such as state consumer laws, that it might want to use to pursue its own action — and the political benefit locally of taking up a cause for consumers.

Some Republican attorneys general could be expected to join the federal case, while another group of states may opt to pursue their own actions.

The Trump administration has long had Google in its sights. A top economic adviser to the president said two years ago that the White House was considering whether Google searches should be subject to government regulation. Trump himself has often criticized Google, recycling unfounded claims by conservatives that the search giant is biased against conservatives and suppresses their viewpoints, interferes with U.S. elections and prefers working with the Chinese military over the Pentagon.

The company, based in Mountain View, California, has denied the claims and insists that it never ranks search results to manipulate political views. Google has argued that although its businesses are large, they are useful and beneficial to consumers. It maintains that its services face ample competition and have unleashed innovations that help people manage their lives. Most of its services are offered for free in exchange for personal information that helps it sell its ads.

A House Judiciary subcommittee has pursued its own bipartisan sweeping investigation of Big Tech’s market dominance. The panel’s chairman, Rep. David Cicilline, D-R.I., accused Google in a July hearing of leveraging its dominant search engine to steal ideas and information, and manipulating its results to drive people to its own digital services to boost profits.

Antitrust regulators in Europe have cracked down on Google in recent years by imposing multibillion-dollar fines and ordering changes to its practices.

Google, whose parent is Alphabet Inc., controls about 90% of global web searches. Its dominance in online search and advertising enables it to target millions of consumers for their personal data. Google dwarfs other search competitors such as Microsoft’s search engines, and has faced harsh criticism in the past for favoring its own products over competitors at the top of search results.