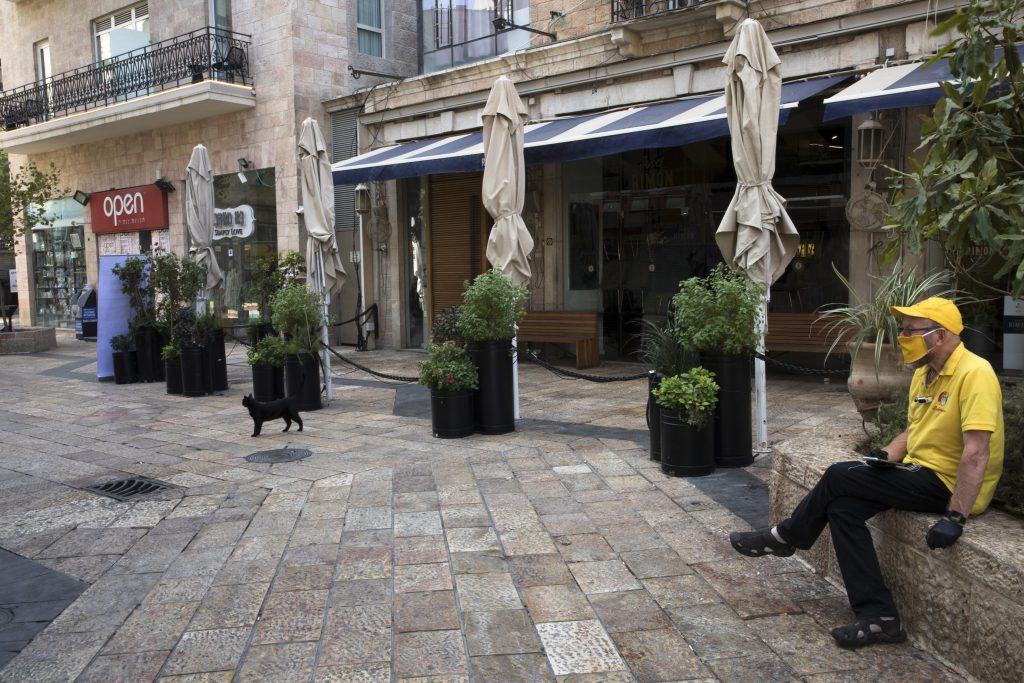 The Coronavirus Cabinet was nearing a fateful decision on Wednesday night to impose a full nationwide lockdown, likely to commence on Friday and to last two weeks, through Simchas Torah, according to media reports.

Defense Minister Benny Gantz, on the line from Washington, reportedly told Prime Minister Binyamin Netanyahu that he backs a “full closure, as soon as possible, in order to stop the infections” and says “it’s better now than in a month.”

As of this writing, the ministers were still in their second hours-long meeting in two days, and no official announcement has been made. The ministers were expected to finalize plans later on Wednesday night.

It was not immediately clear how they may have resolved the issue of closing shuls and limiting protest demonstrations, which has been a major impediment in the deliberations.

Netanyahu was said to be pushing for total closure, as the latest data on the coronavirus infection rate – almost 7,000 new cases in the last 24 hours – weighed heavily on the meeting.

On the other side was Finance Minister Yisrael Katz, who questioned the justification of a lockdown, particularly in view of the estimated 35 billion shekels it will cost the already battered economy, as well as the social costs of joblessness and days lost from school.

The lockdown being proposed would be more severe than the one in March, and which will see the entire economy shuttered except for vital outlets such as supermarkets and pharmacies.

But Netanyahu was quoted as saying that “the situation is bad, we’re seeing a steep increase in morbidity rates. We need to reach decisions, hard decisions. But as prime minister, I’m obligated to protect your lives, and everyone must understand that this is a life-threatening situation.

“That’s why there’s no other choice. We’re going to make hard decisions and save lives – with your cooperation,” he told the ministers.

Yet, senior health officials were reportedly not in favor of extreme measures. Coronavirus czar Ronni Gamzu reportedly told the cabinet that in terms of reducing morbidity, a total closure would be “highly effective” — but would “destroy the economy.” Gamzu is said to instead recommend a “smart closure” that would minimize damage to the economy.

Health Ministry deputy director Itamar Grotto said “there is no need for a complete closure right now, we can wait with the tightening of measures.”

Netanyahu’s response, according to Walla: “Why wait? In any case we will have to go to a total closure within a few days. If we wait until after Sukkot, the closure will cost us more money.”

A Channel 12 survey on Wednesday found that a majority of Israelis believe in both shutting down shuls over the chagim and in limiting demonstrations.

It says 60% favor closing shuls over Yom Kippur, and 32% say there is no need. Meanwhile, 70% back limits on protests, while 22% are opposed.

A plurality of respondents (48%) believe the public is responsible for the spiraling virus rates, while 42% say the government is to blame.