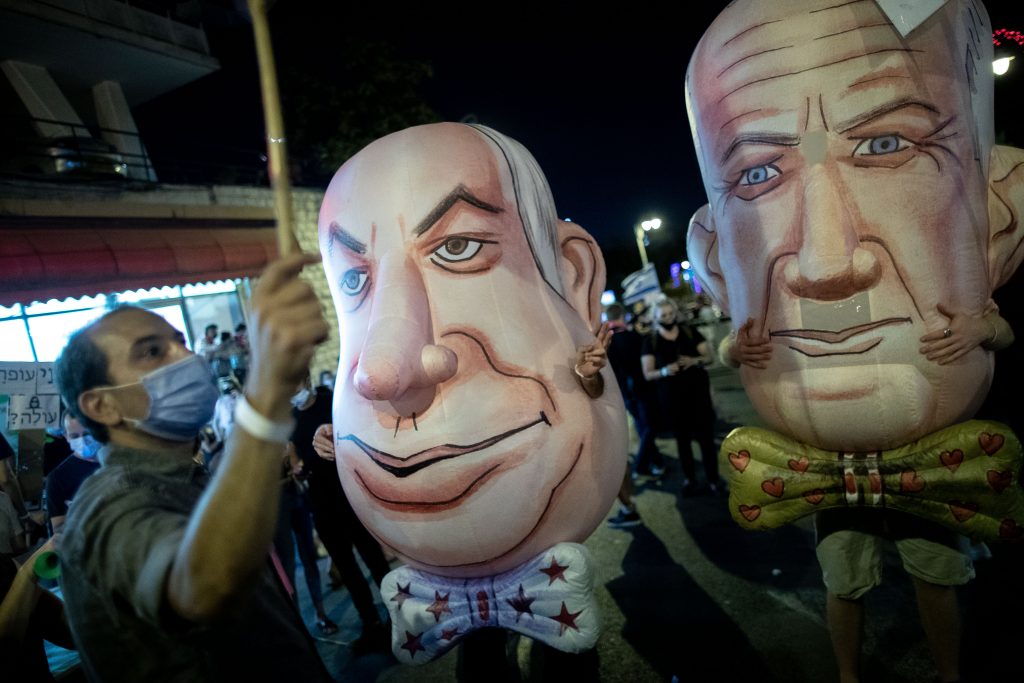 Prayer versus free speech was the issue heating up a cabinet meeting on Tuesday where ministers were deliberating whether to tighten the nationwide lockdown.

Prime Minister Binyamin Netanyahu was quoted by Channel 12 as saying:

“For a long time, I refrained from commenting on the issue but after I heard the experts say that gatherings are a huge danger to public health, it’s my obligation to address it. The entire public is required to comply with the rules and only a group of protesters is exempt from the [law].”

“You can go to the Western Wall only if you live within 1,000 meters, but to Balfour [Street, where the prime minister’s residence is located], you can come from around the country. This farce must end. This is an emergency and we must have one rule for both prayer and protests and all other gatherings. Otherwise, the public won’t listen to the rules and we will see the infection rate reach terrible levels,” Netanyahu said.

Interior Minister Rabbi Aryeh Deri sided with Netanyahu in seeking equal treatment for mispallelim, while some Blue and White ministers, including Justice Minister Avi Nissenkorn, object, saying they should be dealt with separately, according to Channel 12.

MKs from the left-wing Meretz party defended their right to demonstrate despite soaring infection rates.

“Twenty-eight thousand newly unemployed in the past day alone. But the protests [are the problem],” tweeted MK Tamar Zandberg sarcastically.

Meretz chairman Nitzan Horowitz tweeted: “My position is clear: Precisely in times of crisis, we have an obligation to uphold the right to protest and demonstrate.”

The anti-Netanyahu protests, held several times weekly outside his Yerushalayim residence, have continued during the current lockdown. The attorney general outlined rules for distancing with participants to be divided into “capsules,” but that did not appear to be implemented during last weekend’s protest.