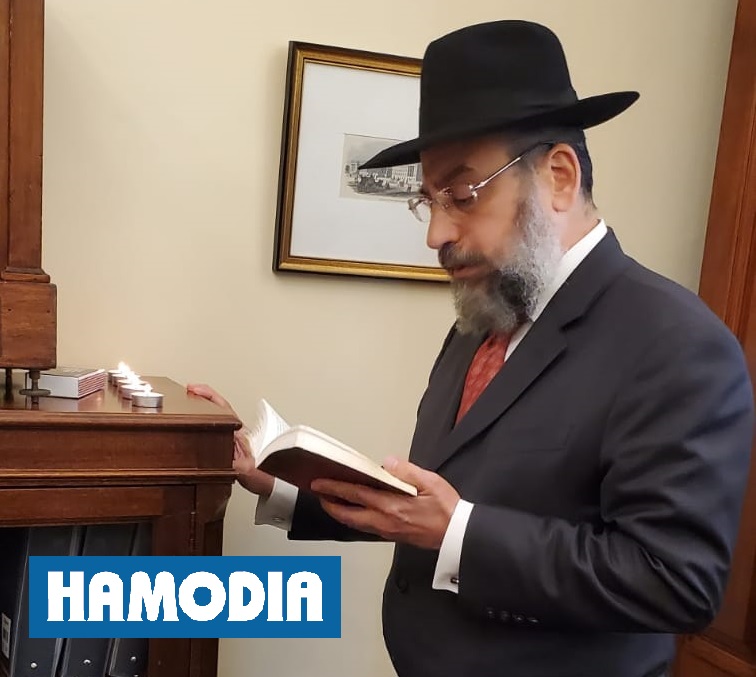 On Tuesday, 4 Tishrei/September 22, Hon. Moishe (Mitchell) Silk, Assistant Treasury Secretary for International Markets, the most senior Charedi government official and one of the top officials of the U.S. Treasury Department, asked his assistant to clear his schedule for a bit.

This was not for a meeting with his boss, Treasury Secretary Steven Mnuchin, or to host yet another international delegation on monetary policy.

It was the yahrtzeit of his father, Reb Naftuli ben Shlomo, z”l, and he needed to say kaddish at minchah.

A minyan assembled promptly in his ornate office in the Treasury Building, which is across the street from the White House with a beautiful view of the East Wing of the White House, and Reb Moishe properly honored the day with kaddish and a dvar Torah. Mr. Silk, who resides in Brooklyn but spends most weekdays in DC, usually davens with and is a pillar of the daily morning minyan at the Shul of the Nation’s Capital at Chabad-Lubavitch Center, in Washington, DC, headed by senior shliach Rabbi Levi Shemtov.

The minyan participants from outside the Department were then treated to A VIP tour of the building.