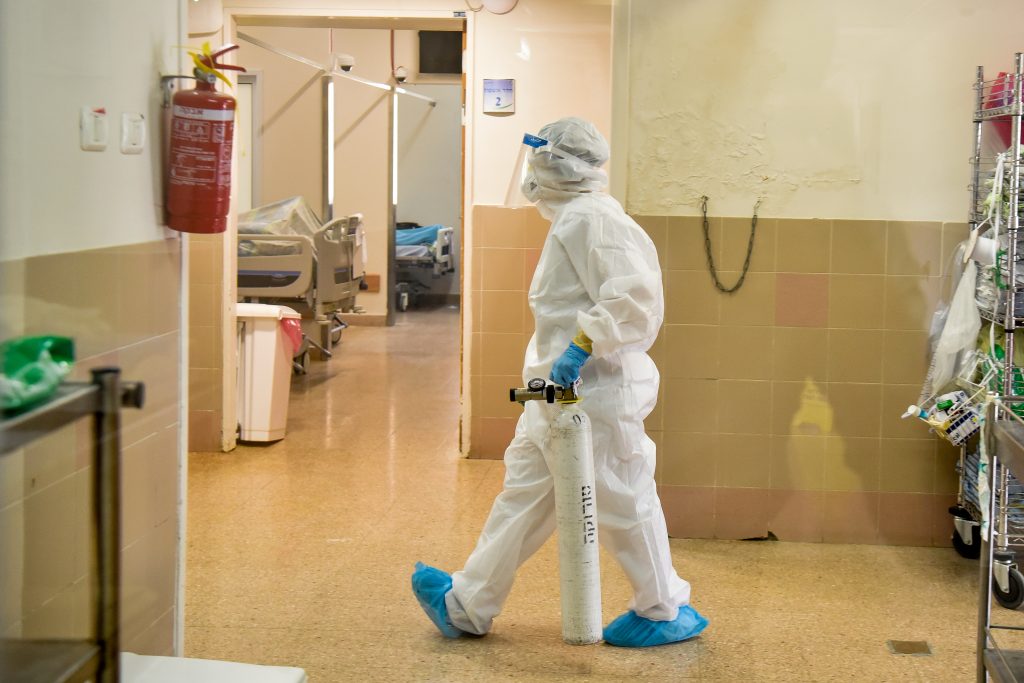 Inside the fast-filling coronavirus ward of a major Tel Aviv hospital, doctors rush to treat critical patients amid a surge in cases that has forced Israel into a second lockdown.

Health officials fear that even the three-week closure imposed nationwide on Friday may not be long enough or restrictive enough to slow the daily case toll.

On the front lines of Israel’s second wave are doctors and nurses working around the clock on the COVID-19 wards of Tel Aviv Sourasky Medical Center – widely known as Ichilov Hospital – to which a Reuters photographer was granted access on Monday.

“Coronavirus Isolation Zone, Entry Forbidden” and “Corona Commando” read the signs on the ward door, inside which nurses wearing head-to-toe protective gear and working two-hour shifts wove through the crowded ward to check on patients separated from one another by glass and metal partitions.

The sound of coughing and labored breathing was punctuated by incessant beeps and electronic alerts, all monitored from a control room outside the sterile ward. Beside the beds stood industrial-size bottles of cleansing fluid, and ventilation machines to ensure a clean supply of air.

Guy Choshen, the ward’s medical director, said the hospital has begun admitting patients from Yerushalayim and districts in northern Israel because they did not have enough capacity.

“Right now we are facing an increase in the numbers of patients admitted to the hospital, some of them are in a critical condition, some of them in a severe condition,” he said.

He said his team was concerned about the increase, adding that soon “we might be facing totally different numbers and a totally different atmosphere in the hospital, and we are preparing ourselves for this situation.”

New cases in Israel have reached daily highs of more than 5,000, sharply rebounding from single-digit lows following an earlier lockdown from March to May. Since the outbreak began, 1,169 people have died in the country of 9 million people.

The Tel Aviv medical center said half of its 60 COVID-19 patients were in serious condition, and required ventilation.

“Right now we are 72 percent full, and every day we have more and more new patients, said spokesman Avi Shoshan. “There’s not enough capacity.”

Preparing for what he called “worst case scenarios,” Israel’s Defense Minister Benny Gantz said that he had told the military to be ready to erect a field hospital to relieve the overload.