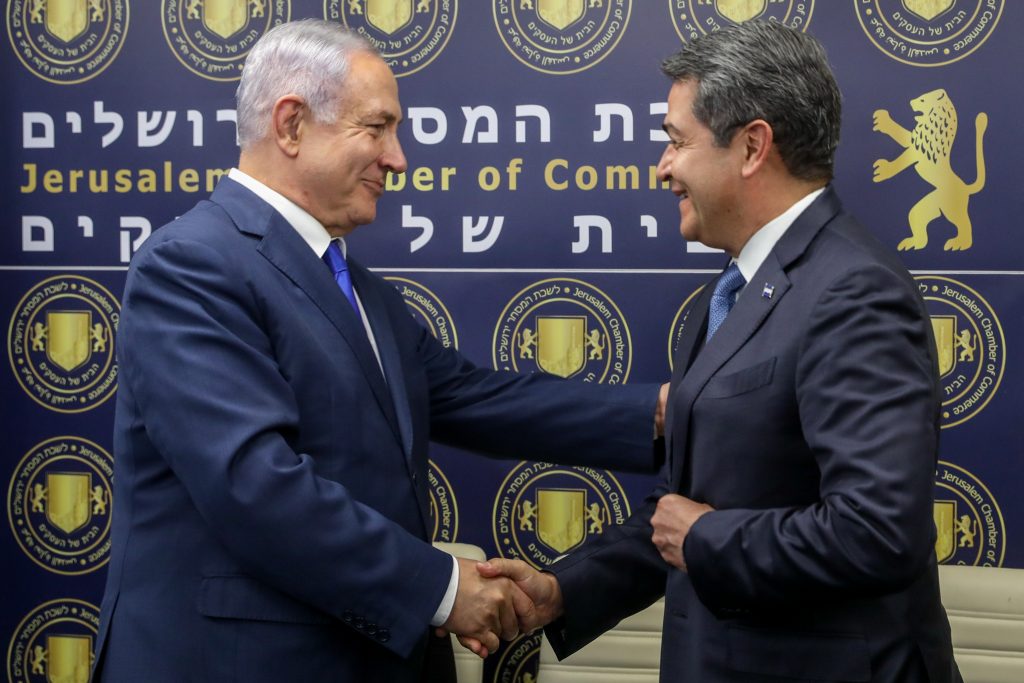 Honduras hopes to move its embassy in Israel to Yerushalayim from Tel Aviv by the end of 2020, Honduran President Juan Orlando Hernandez and Israeli Prime Minister Binyamin Netanyahu said on Sunday.

“To strengthen our strategic alliance, we spoke to arrange the opening of the embassies in Tegucigalpa and Jerusalem, respectively,” Hernandez wrote on Twitter. “We hope to take this historic step before the end of the year, as long as the pandemic allows it.”

The Central American nation has signaled in the past that it may move its embassy to Yerushalayim. Netanyahu said the intention was to open and inaugurate their embassies before the end of the year. Israel currently has no embassy in Honduras but opened a diplomatic office there last month.

Only two countries – the United States and Guatemala – have already opened embassies in the Israeli capital. The Honduran statement followed announcements by U.S. President Donald Trump and Netanyahu this month who said Kosovo and Serbia would also open embassies there.