Israel Netanyahu: If Trump Is Reelected, the PA Will Come Back to the Negotiations Table
Israel 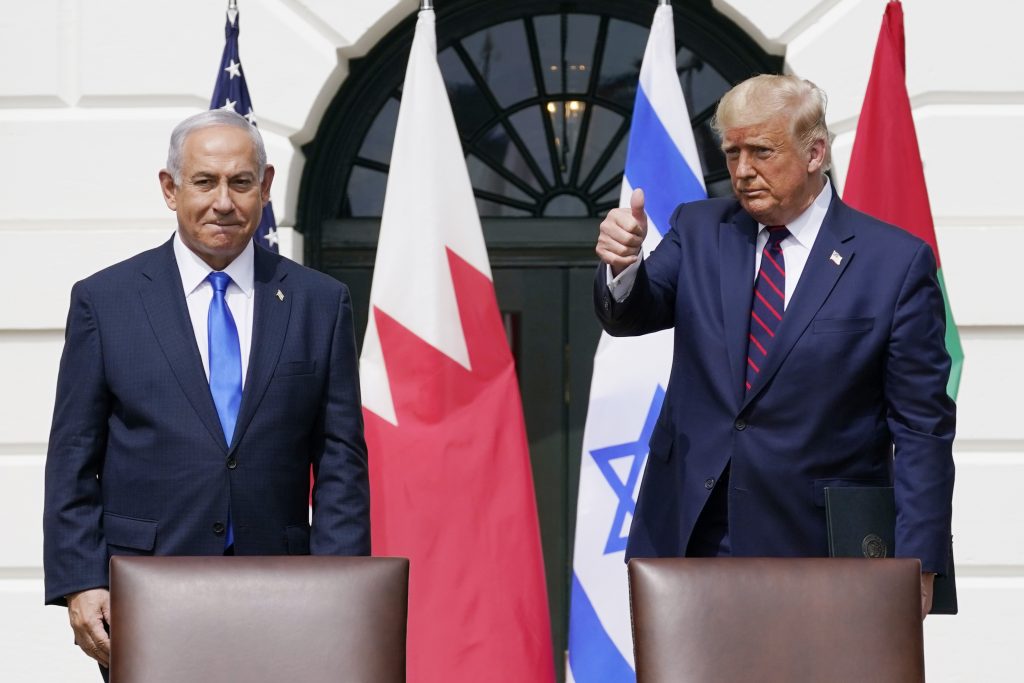 The Palestinian Authority will resume negotiations with Israel fairly soon, Prime Minister Binyamin Netanyahu said this week, according to a report by Yisrael Hayom.

In a closed-door conversation, Netanyahu said that the regional significance of the newly signed peace deals between Israel, the United Arab Emirates and Bahrain left the Palestinians with no feasible option other than to come back to the table.

However, the prime minister said that talks with the PA would relaunch only after the U.S. presidential election on Nov. 3, and only if President Donald Trump would be reelected.

In the case of a Trump victory, Netanyahu said, he would begin negotiations based on the Trump administration peace plan, as he promised to do.

Meanwhile, ties between Israel and the two now-friendly Gulf nations are solidifying quickly. Foreign Minister Gabi Ashkenazi sent personal messages to his counterparts in the UAE and Bahrain in which he wished them and their families a year of “peace, prosperity, stability and health.”

Emirati Foreign Minister Sheikh Abdullah bin Zayed Al Nahyan responded with a message that read: “Shana Tova, Gabi, this is a wonderful way to begin the year, and I hope it is a good sign for both of us, Abdullah.”

Bahraini Foreign Minister Abdullatif bin Rashid Al Zayani responded to Ashkenazi’s message with the words: “Thank you, my dear friend, for the Jewish New Year greeting,” and wished him a “blessed year in which we bring peace and stability to the region.”