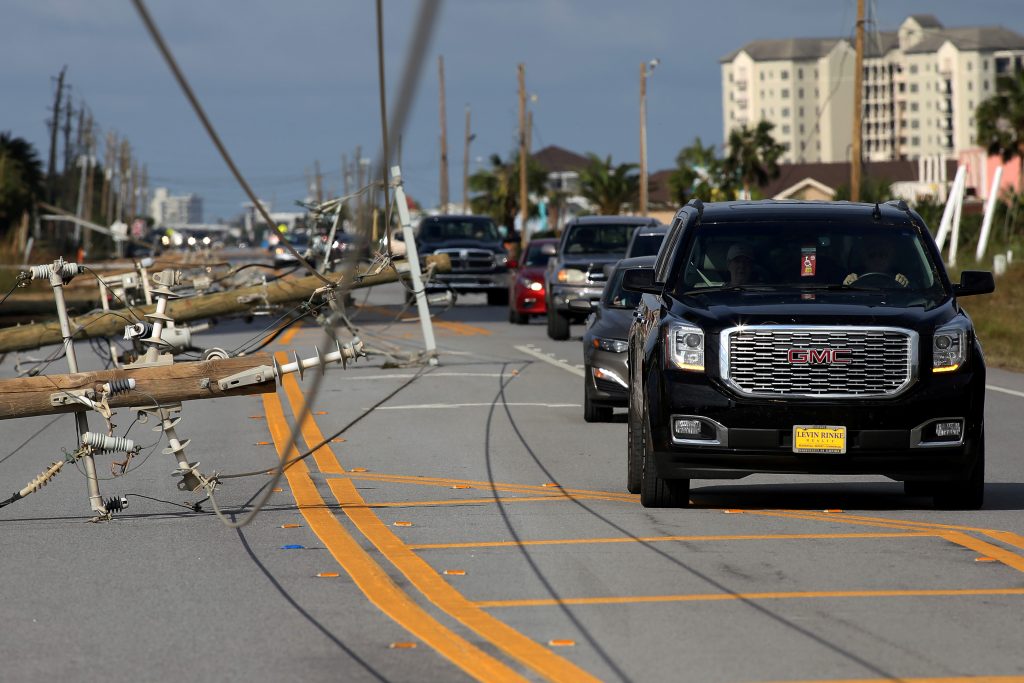 The remnants of Hurricane Sally dumped more than a foot of rain over the U.S. Southeast on Thursday, killed at least one person, washed out bridges and roads and left hundreds of thousands without power and others with ruined homes.

Sally brought torrential rains and flash flooding to Alabama and Georgia as it sped toward the Carolinas. At 5 p.m. CDT, it was about 70 miles northeast of Augusta, Georgia, moving northeast toward the Atlantic Ocean at 24 miles per hour, the U.S. National Hurricane Center said.

Some areas were inundated with more than 2 feet of rain. Pensacola, Florida, east of landfall, experienced up to 5 feet of flooding, and damaged roads and bridges limited travel across the region. Some 433,000 homes and businesses in Alabama, Georgia and Florida remained without power.

In Florida, there have been no deaths but 120 people were rescued by state emergency workers and National Guard members with boats and high water vehicles. Officials were evaluating bridges for damage in the state’s Panhandle, said Governor Ron DeSantis.

Utility crews and residents made repairs and cleared storm debris after Sally washed out roads and bridges and left dozens of boats pushed ashore.

Fuel prices rose again on Thursday as six U.S. refineries were offline and OPEC promised to crack down on members that produced more than their allotment. Gasoline futures rose 3% to near the high for the month.

“This year we’ve just got hurricane after hurricane,” said Matt Lane, 23, a member of a crew from New Hampshire Electric Co-op who arrived on Tuesday from Hurricane Laura recovery efforts in Texas.

Sally was the 18th named storm in the Atlantic this year and the eighth tropical storm of hurricane strength to hit the United States.

A tropical disturbance was brewing in the southern Gulf of Mexico on Thursday that has a 90% chance of becoming a cyclone in the next 48 hours. Two other named storms were in the Atlantic, making this one of the most active Atlantic hurricane seasons on record.

Energy companies were returning Gulf of Mexico offshore oil crews and assessing damages to coastal facilities. Several said their facilities weathered the storm and were preparing to restart.