World Showdown Set as U.S. to Declare U.N. Sanctions on Iran are Back
World 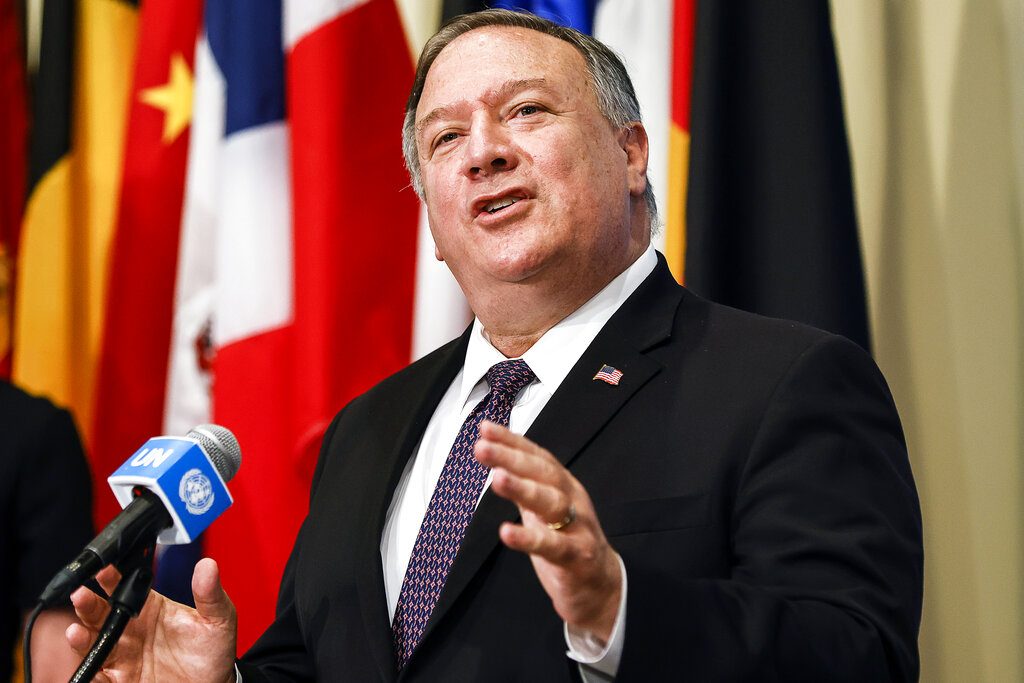 The United States is preparing to declare that all international sanctions against Iran have been restored. Few countries believe the move is legal, and such action could provoke a credibility crisis at the United Nations.

Virtually alone in the world, the Trump administration will announce on Saturday that U.N. sanctions on Iran eased under the 2015 nuclear deal are back in force. But the other members of the U.N. Security Council, including U.S. allies, disagree and have vowed to ignore the step. That sets the stage for ugly confrontations at the U.N.

In the midst of a heated campaign for reelection, President Donald Trump plans to address Iran in a speech to the General Assembly on Tuesday. Officials say he will also touch on his brokering of agreements for Israel and the United Arab Emirates and Bahrain to normalize relations in part to solidify a regional bulwark against Iran.

The other 14 members of the Security Council and all but about five of the U.N.’s 195 member states say the U.S. lost its legal standing to act on sanctions when Trump withdrew from the nuclear accord more than two years ago. The U.S. argues it retains the right to enact the “snapback” of sanctions because the council resolution that endorsed the deal refers to it as a participant.

“These will be valid U.N. Security Council (actions) and the United States will do what it always does, it will do its share as part of its responsibilities to enable peace,” Secretary of State Mike Pompeo said on Wednesday. “We’ll do all the things we need to do to ensure that those sanctions are enforced.”

Pompeo traveled to the United Nations on Aug. 20 to formally notify the Security Council that the U.S. was triggering snapback because Iran is not complying with the nuclear deal.

Yet, aside from Israel and the Gulf Arab states, almost no country in the world agrees with the U.S. Russia and China, along with American allies Britain, France and Germany, who often disagree but remain parties to the 2015 agreement, are united in declaring the U.S. action “illegal.”

The U.N. sanctions the U.S. is seeking to reimpose include a ban on uranium enrichment and all missile activity, and the indefinite extension of an arms embargo that would otherwise expire on Oct. 18. The Security Council rejected a U.S. effort to extend the embargo in a lopsided vote that got support from only one country, the Dominican Republic.