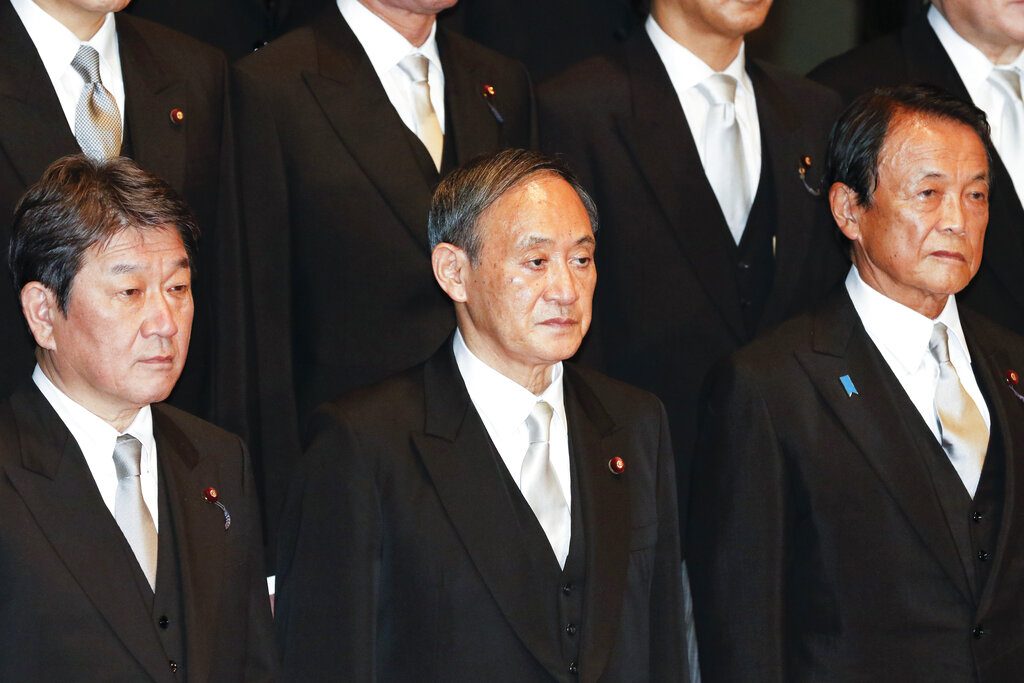 Japan’s new prime minister has gotten the word out to the president of the International Olympic Committee that he is behind next year’s delayed Tokyo Games.

Yoshiro Mori, the head of the local organizing committee and also a former prime minister, said Prime Minister Yoshihide Suga has a “strong commitment” to the Tokyo Olympics.

Mori said that was the message he conveyed on a call to IOC President Thomas Bach.

“Mr. Bach was very pleased when he heard this,” Mori said, speaking on Thursday at the organizing committee offices. “He said he wanted to fly over immediately and thank Mr. Suga for that.”

Tokyo organizers say the games will open on July 23, 2021, despite the coronavirus pandemic, but they have given few details about exactly how, and at what added costs.

They have said specifics about fans, quarantines, border controls and testing will not be forthcoming until the end of the year, or even into early 2021.

“Making the Olympics and Paralympics a success, using all means, is the strong commitment of Japan,” Hagiuda said, speaking alongside Mori. “There are many challenges but, as the minister in charge, I would like to do my utmost to solve them — one by one.”

Hashimoto, an Olympic medal winner, said her focus was the athletes.

“I think making environments where athletes can respect each other and compete to the best of their ability is the most important,” she said.