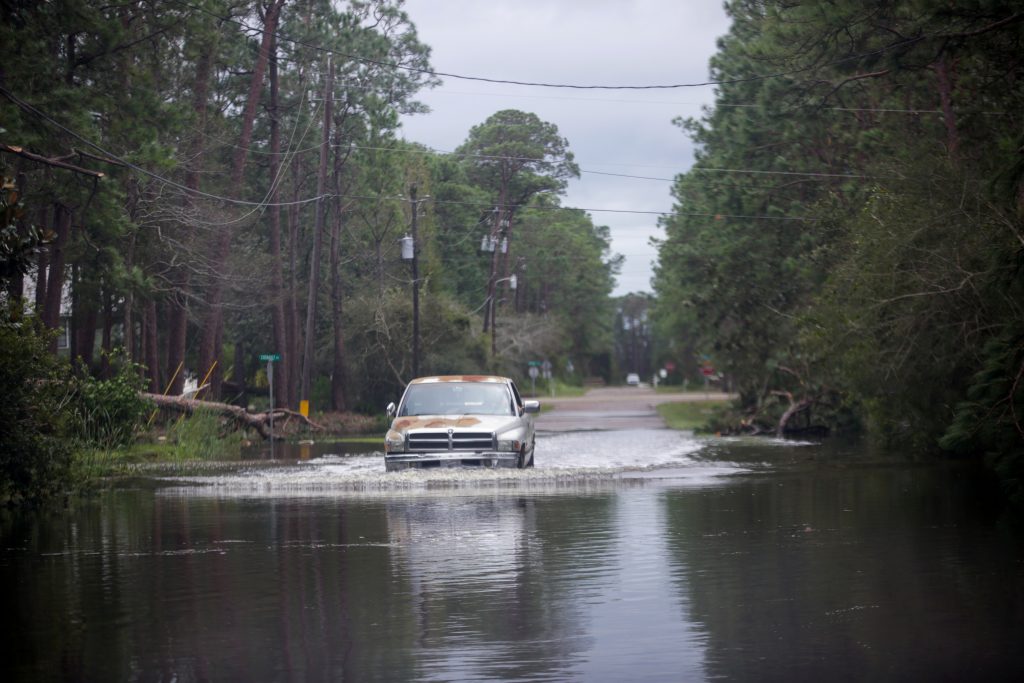 Hurricane Sally moved northeast Thursday, where it was expected to bring more than a foot of rain to some areas, one day after it flooded streets and knocked out power to hundreds of thousands of homes and businesses on the U.S. Gulf Coast.

Sally made landfall early on Wednesday near Gulf Shores, Alabama, as a Category 2 storm on the five-step Saffir-Simpson scale of intensity.

As of late Wednesday, it was moving north at 9 mph (15 km per hour) after being downgraded to a tropical depression, the U.S. National Hurricane Center said, with maximum winds of 35 mph (55 kmh).

The storm is believed to have killed one person in Alabama.

“We had a body wash up, we believe it was hurricane-related, but we have no definitive proof of that right now,” said Trent Johnson, a police lieutenant in Orange Beach, Alabama.

Some parts of the coast were inundated with more than two feet (60 cm) of rain, as the slow-moving storm flooded communities. The coastal community of Pensacola, Florida, experienced up to 5 feet (1.5 m) of flooding, and travel was cut by damaged roads and bridges. More than 570,000 homes and businesses across the area were without power.

Several residents along the Alabama and Florida coasts said damage from the slow-moving storm caught them off guard. By late Wednesday, the floodwaters had started to recede.

A section of the Pensacola Bay Bridge, known also as the “Three Mile Bridge,” was missing a “significant section,” Florida Governor Ron DeSantis said at a news conference.

On landfall at Gulf Shores, Alabama, Sally‘s winds were clocked at 105 mph (169 kph). Along the coast, piers were ripped away by the storm surge and winds.

Electrical crews from other states arrived in Pensacola as utilities began restoring power to about 570,000 homes and businesses in Alabama and Florida, according to local utilities.

“This year we’ve just got hurricane after hurricane,” said Matt Lane, 23, a member of a crew from New Hampshire Electric Coop, who arrived late on Tuesday directly from Hurricane Laura recovery efforts in Texas.

Hurricanes have increased in intensity and destructiveness since the 1980s as the climate has warmed, according to researchers at the U.S. National Oceanic and Atmospheric Administration.

Sally shut more than a quarter of U.S. Gulf of Mexico offshore oil and gas production.