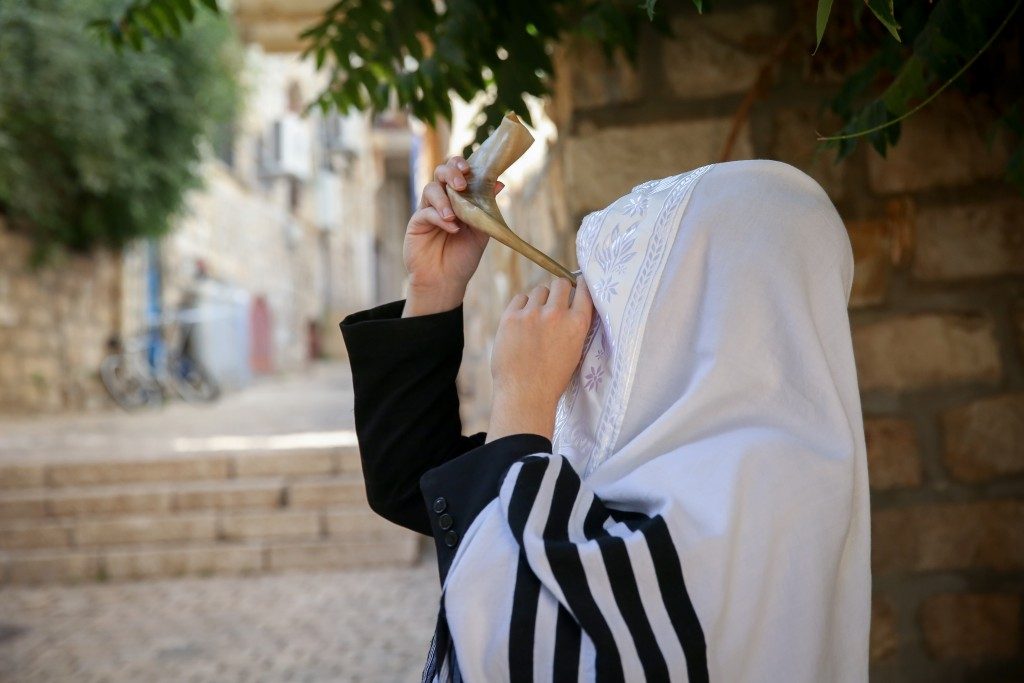 After each shofar blast, we say “Hayom haras olam, hayom yaamid bamishpat kol yetzurei olamim — today is the day of the word’s creation, today all of the world’s creations stand in judgment.”

There is only one birthday mentioned in the Torah, the birthday of Pharaoh. We are told that it was also the day that he judged his realm. The sar hamashkim — cup-bearer — was reinstated, while the baker was condemned to death. It would seem that the baker’s sin of allowing a pebble to be baked into Pharaoh’s bread is far less severe than that of the cup-bearer who, while standing next to the King himself, allowed a fly to land in his drink.

Pharaoh did not just consider himself a king; he believed he was a deity, that he had created the Nile and the land of Egypt itself. As such, his birthday was not a personal holiday, but a time for the nation to mark the anniversary of his monarchy. His judgment had nothing to do with the severity of the transgressions in question, rather his decision was based on who was necessary for his kingdom’s future.

Indeed, the baker’s sin was far less severe but there were a lot of people in Egypt who could bake a loaf of bread. No one could mix a brew like the sar hamashkim, hence he found his way back to the palace.

On Rosh Hashanah, when we blow the shofar, we crown Hakadosh Baruch Hu as the King of the world. On the anniversary of the world’s creation, as Hashem judges us, we do not reflect on the past year, we gently remind Hashem that he needs us in this world. That is why Yom Hadin is on the first day of the new year and not the final day of the last year. It is all about a commitment to the future. A life that will create increasing kvod Shamayim through our Torah, mitzvos, and family life.

The Gemara in Maseches Rosh Hashanah (16b) tells us that any year which “begins in poverty ends in wealth.” Is this a recommendation to give away all of our possessions in order to merit this blessing? Rashi is bothered by this question and explains that we are not suggesting that anyone should actually relinquish their possessions. Rather that we should believe we are impoverished since no one supplicates for his needs as wholeheartedly as the pauper, who realizes that he is totally dependent on the mercy of others.

As much as Rashi’s answer is enlightening, it is also perplexing. Does this mean that a Jew should pretend that he has nothing? Besides being false, would this not be an act of ingratitude after a year where the Ribbono shel Olam granted him life, sustenance, and many other brachos?

Harav Naftali Trop, zt”l, explained that Chazal’s statement is not meant to address the past, but the future. A person should realize that on Rosh Hashanah, when every aspect of his life and of the world hangs in the balance, in a very real sense, he has absolutely nothing. At that moment, when he stands in judgment to determine if he is needed for the world’s future and what he will or will not need to accomplish his goals, it is not a state of mind, but a fact that he is in the position of the pauper begging the King of the universe for mercy.

This is not only a fundamental element of how we daven for our needs on Rosh Hashanah. It is the key to the essence of the day which is kabbalas ol malchus Shamayim. When a person realizes that he has nothing besides what Hashem gives him, there can be no greater acceptance of ol malchus Shamayim.

Another Gemara in Maseches Rosh Hashanah (18a) addresses an additional aspect of our judgment. It presents three approaches to explain the Yom Hadin. The first is that we are all like sheep that pass before the shepherd’s staff. The next is that each individual is like one passing through a narrow path on top of a mountain. The third says that we pass before Hashem like the soldiers of Dovid HaMelech passing in review.

Harav Chaim Dov Keller, zt”l, explained that the three interpretations are not at odds with one another, rather they describe three ways that a Jew can look at his judgment on Rosh Hashanah. One person comes into shul with no real awareness of what Rosh Hashanah is and what is on the line. So, he progresses through the day without any real awareness of what hangs in the balance. Not only the ignorant are struck with such a challenge. Who among us thought when we were standing in shul last year that there was a judgment going on as to whether there would be a mageifah in 5780?

The next approach addresses a Jew who understands very well what Rosh Hashanah is, but he is so terrified of the din that he cannot look right or left. He is only able to focus on his own situation and has no room in his emotions to think of anyone else — let alone the kavod of Malchus Shamayim.

The ultimate is to be like the “soldiers of Dovid.” They understand that they are going to war, the dangers that entails, and that they can only succeed with Hakadosh Baruch Hu on their side. Yet, they go as an army.

A Yid knows that his health and wellbeing are reviewed each Rosh Hashanah, but he faces that judgment as part of the tzibbur — focused, but also looking out for everyone else, knowing that he can only succeed as part of the klal.

Each year we hear the statement of Chazal that we “knock at the door like an indigent.” But this year we should feel it more than ever. No matter how our health or finances have weathered the pandemic, we see to what extent we sit at the mercy of the King. Yet, we can also advocate for ourselves like never before.

We have all suffered and made sacrifices over the past year.

I spoke to a kallah just before her chasunah, which was at the height of the initial outbreak. Under normal circumstances, she would have had 500 people at her wedding, but she got married with a party of 25. My message to her was, that while the tefillos of chassanim and kallos under the chuppah are always the most powerful of one’s life, she has an opportunity like few others. She could have postponed her wedding and had the celebration she had dreamed of, but she did not do that. She accepted Hashem’s decree and got married the way He wanted her to under the circumstances. I told her that she is entitled to ask to be repaid with generations of health and nachas.

This Rosh Hashanah is different from any other. We have new tools to feel what Yom Hadin is, but we also come with zechuyos like our generation never had before.

May Hashem grant us all a good year, a year of aliyah in avodas Hashem, and gezunt and nachas, yeshuos and refuos. A kesivah vachasimah tovah for all of Klal Yisrael.