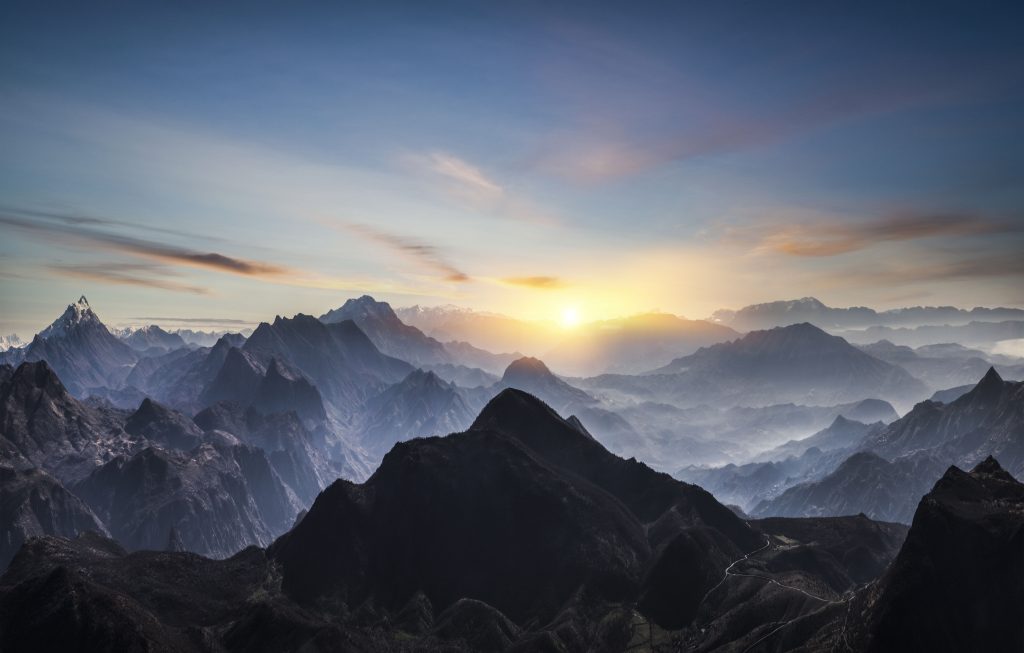 It is said that one Shabbos, Harav Chaim Pinchas Scheinberg, zt”l, Rosh Yeshivah, Yeshivah Torah Ore, Yerushalayim, mysteriously made a kiddush. At the kiddush, someone asked him what he was celebrating. Rav Chaim replied that he was celebrating the fact that he hadn’t become emotional upon hearing that the professional sports team he had been following in his youth had lost a game.

Many people like sitting around and discussing what they think their sports team should do. People enjoy arguing among themselves over which players a team should sign and which ones they should trade and so on. Their discussion won’t make an ounce of difference in any given team’s opinion or choice, but it is fun to do.

Similarly, people who enjoy politics enjoy sitting around and discussing what their politicians should or shouldn’t do. They analyze their policies and ideals and sit there seriously discussing just what they think is best for the country.

Now, if you have a radio show or a news column at least that is your parnassah and, with a large enough platform, your words may actually matter. But, let’s say, you are an average guy whose breakfast discussion won’t make a difference to the political world. How should we classify your political discussion? Is it like the guys discussing a sports team or is it more tachlisdig because it is a real-world issue? Let me phrase the question a different way: Should a person who compulsively follows the news strive to reach a level where he one day might make a kiddush on the day he hears the results of the American elections and is emotionally detached, or not?

Shlomo HaMelech said in Mishlei (21:1) “Lev melech b’yad Hashem,” the heart of a King is in the hands of Hashem. The Malbim explains that since the general success of the entire nation depends on the King and if the King chooses wrongly it will impact the entire nation, therefore, his will for national decisions remains b’yad Hashem. He concludes by saying that the choices the king makes will depend on our zechuyos.

Harav Avigdor Miller, zt”l, goes into great detail discussing kings and what a Jew’s attitude toward rulers should be. He begins by discussing the concept of “som tasim alecha melech.” The mitzvah, he says, is unlike all others, as you only become obligated in this mitzvah when you say, “Let me place a king over me.” Until you say “I want a king,” the mitzvah does not apply; if you don’t ask for a king then you don’t need a king. How does that work? Why does this mitzvah only get activated once you ask for it? Rav Miller explains that the only time a person needs a king of flesh and blood is when his understanding that Hashem is the actual King becomes dim. As long as you understand that Hashem, the ultimate King, is always your King, the mitzvah is not relevant. When you fall to the level that you say “I need a king,” forgetting on some level that Hashem is your King, then you have a mitzvah to appoint a human king.

The Chovos Halevavos discusses this concept in relation to bitachon. The passuk in Yirmiyahu (17:7) says, “Baruch hagever asher yivtach baShem vihayah Hashem mivtacho” — Fortunate is the one who trusts in Hashem and Hashem becomes his trust. Why the double lashon?

This concept works in tandem with the concept we discussed of som tasim. If Hashem Melech, if Hashem is your King, then that is exactly what Hashem will be. When you trust solely in Hashem anything can happen. Once you put your trust in mortal man then you are bound by the laws of nature and at that point there are no guarantees. Hashem can do anything; man however is limited and trusting in man makes you bound by his limitations.

Once we are on the topic of bitachon, let’s discuss the following point: We humans don’t really know what is good for us, especially in politics. Plenty of amazing things happened under “bad” rulers and many calamities occurred under “good” rulers. The ideal is to trust in Hashem and know that He is the one pulling the strings.

Don’t get me wrong. A person must make hishtadlus. A degree of effort must be made, be it voting or possibly more. The main thing to look out for when you are a politics “fan” is something that doesn’t really occur in sports. No fan really thinks that his team bases its trades on his breakfast conversations and most people don’t make life decisions based on sports teams. However, in politics, one can get so caught up in their view and think that they now “know” how the world works. They come to think that if they just know all the information then they actually have power. These thoughts are aspects of kochi v’otzem yadi: “I know what is going on therefore I know what to do.” The person then acts accordingly whether it is the right thing to do or not. Politics seem very real, but we have just learned, from the Malbim and Rav Miller, that politics is actually the ultimate puppet show. The key is to make Hashem your trust and your King.

As we get closer to Rosh Hashanah when we are mamlich Hashem as King over us, let us ready ourselves to really accept Hashem as our King. Know that there is a level that a person can reach where politics are unimportant to him. It’s a lofty level no doubt, but heading onto that path is something everyone can do.

When Hashem is our king and we treat Him as our only King then all the other so called “kings” dwindle to nothing. May we be zocheh to the see the day when Hashem reveals his glorious Malchus to the entire world and we will serve Him and only Him, bimheirah b’yameinu.