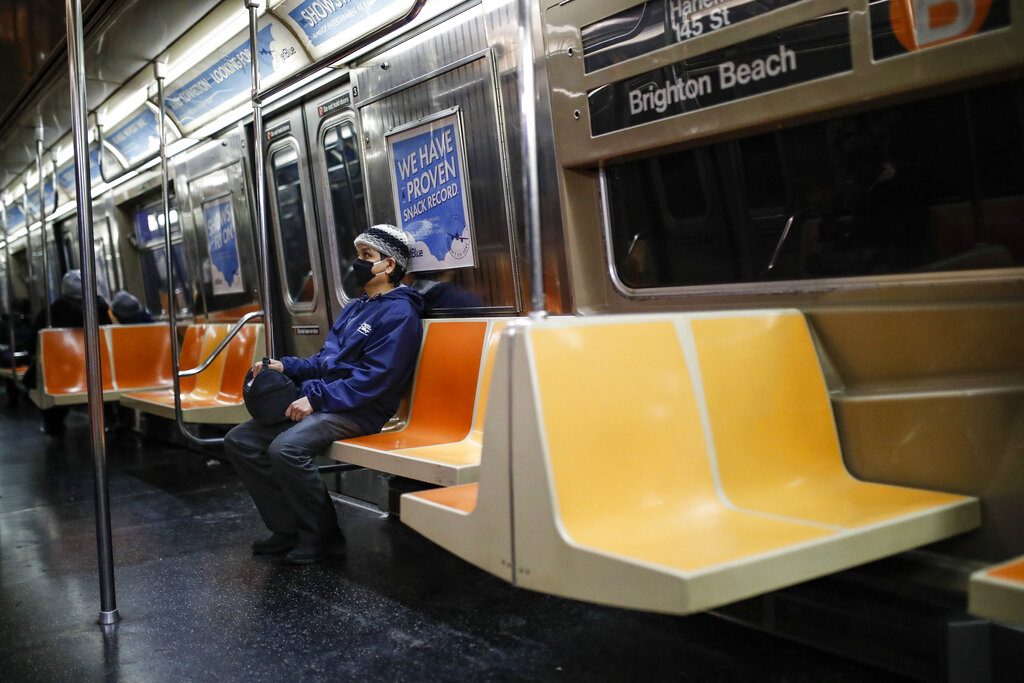 New York City would have received hundreds of millions more in emergency virus aid if Congress had distributed funding based on need instead of population, the state’s chief fiscal officer said.

New York City and dozens of communities in states, including Florida, would have received nearly $4 billion more if Congress targeted $27.6 billion in local aid to epicenters of the pandemic, according to Comptroller Thomas DiNapoli’s report that was released Wednesday. The report looks at communities that had the highest share of confirmed COVID-19 cases by late August.

The report comes as New York officials keep pushing for another round of pandemic aid despite congressional gridlock.

“The way the formula was set up did not maximize what kind of help we could have gotten from Washington, given how hard-hit we were in the state,” DiNapoli said in an interview Monday.

His report is in line with an AP analysis finding some states with small populations took an outsize share of federal COVID-19 funds.

Under federal guidelines, local governments can use the funds for new COVID-19 costs from March 1 through Dec. 30.

DiNapoli said New York City and Long Island are among a few local governments that used over 50% of their share of aid through June. Long Island directed most funds on salaries for public health and safety employees, while New York City also used funds on protective gear, supplies, testing and treatment.

New York state spent $2.2 billion on COVID-19 expenses through June and expects to spend the rest of its share by Dec. 31, according to the state’s financial plan.

The money can’t be used for other purposes, like making up for lost tax revenue. Cuomo wants Congress to pass unrestricted aid.

In April, Cuomo said President Donald Trump agreed during their White House meeting to “work very hard” to include extra state funding in the next round of aid.

But months later, it’s unclear how much, if any, extra federal aid New York will receive to fill an $8 billion to $10 billion budget hole through March alone. Cuomo demands tens of billions in additional funding for the state’s transit systems and budget shortfalls in years to come.

“I’m still going to be an optimist that we’ll get something,” DiNapoli said.

Cuomo said no extra federal aid means the state will have to trim local aid to schools, hospitals and local governments by 20%.

Cuomo’s administration estimates the state will receive $14 billion less in tax revenues than expected through March. The state’s spending is already down by over $4 billion through June due to delayed and withheld payments to local governments.

Some schools in the Capital Region are already laying off teachers as the state withholds aid, and critics warn spending reductions will hit low-income communities hardest.