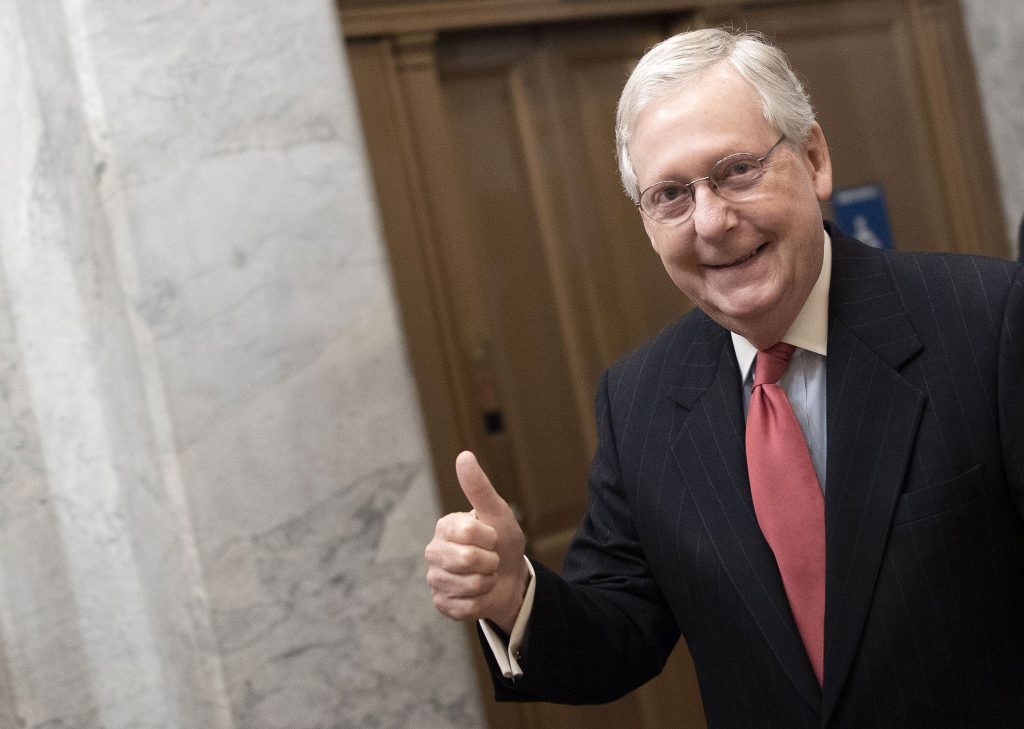 An earlier Quinnipiac poll had McGrath trailing McConnell by 5 points, showing that 49% of voters preferred McConnell over McGrath.

For several weeks, Republicans have emphasized violence that has broken out after protests in an effort to sway suburban and rural voters in their favor. McConnell has aired several ads highlighting violence in Portland, Oregon, claiming that McGrath will not stand up against violent protesters.

The two candidates are tied among women voters (47% to 47%). McConnell led by 10 percentage points among white women (52% to 42%) and led among every age group except people between 18-34. Only 9% of voters said their minds weren’t already made up on whether they would vote for McGrath or McConnell.

The poll also showed strong support in Kentucky for President Donald Trump, with him leading former Vice President Joe Biden 58% to 38%, around 10 points shy of his margin of victory in 2016.

Despite the news that Trump privately recognized the severity of COVID-19 while underplaying it in public speeches last March, 54% of the Kentucky voters surveyed approved of how Trump is handling the COVID-19 pandemic. The result mirrors his overall job approval rating of 55% to 41%.

Kentuckians will be able to start voting by the end of the month and early in-person voting begins Oct. 13.