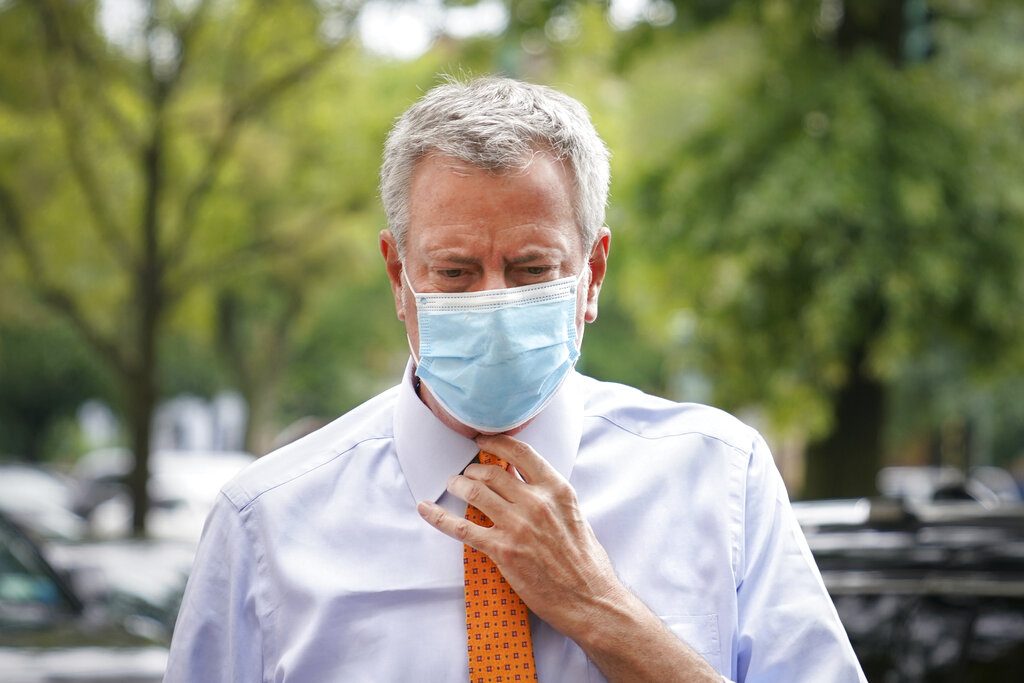 New York City Mayor Bill de Blasio said Wednesday that he and about 500 other city employees will take one-week, unpaid furloughs from their jobs in the coming months as the city grapples with a financial crisis caused by the coronavirus pandemic.

The furloughs, which would start in October, will be a largely symbolic move, saving only around $860,000 in the face of a projected $9 billion budget shortfall. But the Democratic mayor said they will still send a message that sacrifice is needed.

“This is a painful step, but it shows just how committed we are to responsible budgeting and leading the City through these challenging times,” de Blasio said.

De Blasio has been hoping for more aid from a federal stimulus bill and has been lobbying for state lawmakers in Albany to grant the city the authority to borrow up to $5 billion to prevent layoffs of as many as 22,000 city employees.

“Today’s announcement makes it clear we need Albany to step up, too,” de Blasio said. “We need our partners in the state government to give New York City long-term borrowing authority.”

The mayor said he will work during his furlough but other city employees are not expected to do the same.