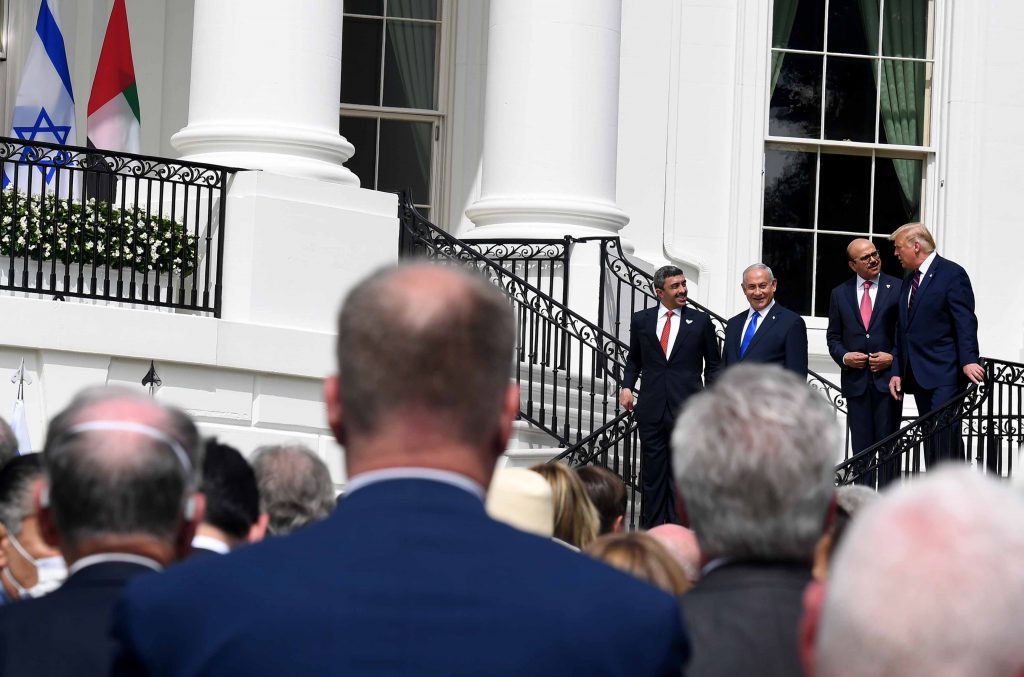 The Israeli delegation returning from Washington on Wednesday brought peace, but some say they also may have brought Covid-19.

Delegation members were caught up in a brouhaha over alleged non-compliance with coronavirus rules. While they had been granted an abbreviated quarantine period of 5 days instead of the standard 14, the leniency was conditioned on observance of mask-wearing and social distancing.

But, according to Haaretz, they flouted the regulations, and the Health Ministry said on Wednesday that they may have to undergo the full quarantine period now that they are back in Israel.

A senior health official was quoted as saying that the delegation sat packed together during the signing ceremony, many without masks. Israeli Prime Minister Binyamin Netanyahu‏‏ was not seen wearing a mask at any point throughout the day.

Delegation organizers had sought a complete waiver of quarantine, the paper reported, citing unnamed sources in the Health Ministry.

“There was some shouting” over the matter, a ministry source said, but eventually 5 days of isolation was agreed upon as a compromise.

Sharon Elrai, acting director of the Health Ministry’s public health services division, told Army Radio the delegation had not been given a “VIP waiver,” but rather was allowed rules similar to those set for professional athletes based on stringent distancing while abroad.

“If these basic rules were flouted, then the instructions they were given will need to be changed,” she said.

“In the coming days, an epidemiological investigation will be conducted for members of the team. If any cases of deviations from approved directives are found, they will be required to complete the full isolation period of 14 days,” the ministry was quoted as saying by Arutz Sheva.