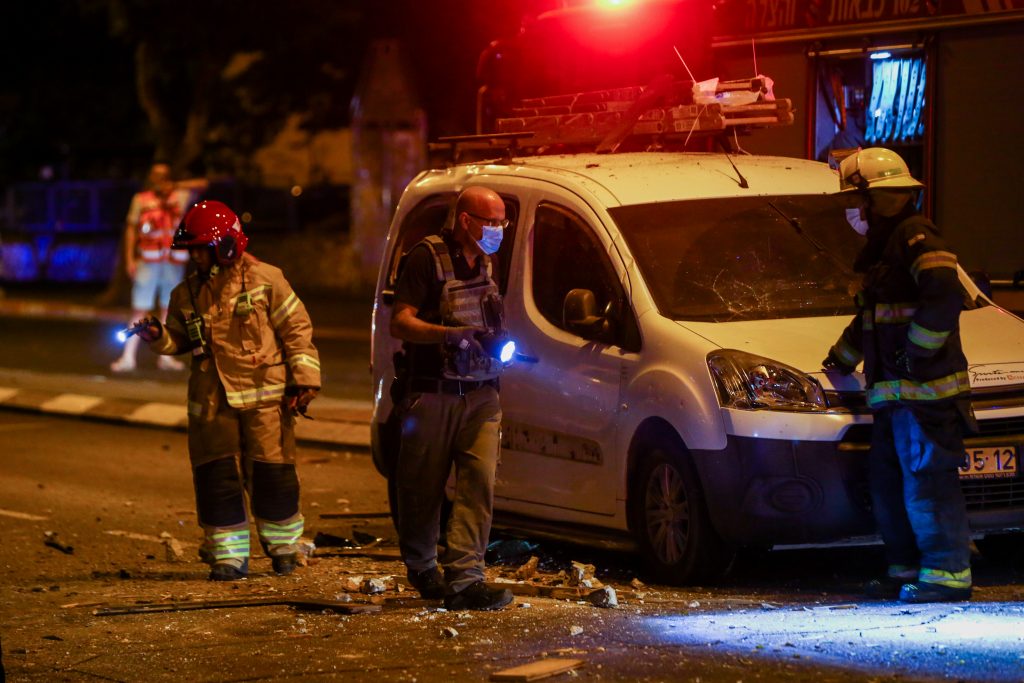 The IDF struck Hamas terror sites in the Gaza Strip early Wednesday in response to rocket fire toward Israel the previous night that coincided with the signing of normalization agreements between Israel and two Arab countries at the White House.

The barrage against Israel began Tuesday night just as the ceremony in Washington was getting underway to formalize the new agreements with the United Arab Emirates and Bahrain. Two Israelis were lightly wounded.

The rocket fire continued overnight, with sirens sounding across southern Israel. The IDF said five projectiles landed in open areas with the rest intercepted by the Iron Dome rocket defense system. In response, the military said it struck about 10 sites belonging to Gaza’s Hamas terror group rulers, including a weapons and explosives manufacturing factory, underground infrastructure and a military training compound.

The renewed exchange offered a stark reminder that the festive events in Washington would likely do little to change Israel’s conflict with the Palestinians. In addition to the bilateral agreements signed by Israel, the UAE and Bahrain, all three signed a document dubbed the “Abraham Accords” after the patriarch of the world’s three major monotheistic religions.

The Palestinians are opposed to the agreements with the United Arab Emirates and Bahrain, viewing them as a betrayal of their cause by the Arab countries, which agreed to recognize Israel without securing territorial concessions. They vow that the agreements, and any others that may follow, will not undermine their cause.

Neither President Donald Trump nor Prime Minister Binyamin Netanyahu mentioned the Palestinians in their remarks at the signing ceremony, but both the UAE and Bahraini foreign ministers spoke of the importance of creating a Palestinian state.

Israel and Hamas have fought three wars and several smaller skirmishes since 2007. Egypt and Qatar have brokered an informal ceasefire in recent years in which Hamas has reined in rocket attacks in exchange for economic aid and a loosening of the blockade, but the arrangement has broken down on a number of occasions.

Israelis have warmly embraced the agreements with the UAE and Bahrain, which are only the third and fourth Arab countries — after Egypt and Jordan — to recognize Israel.