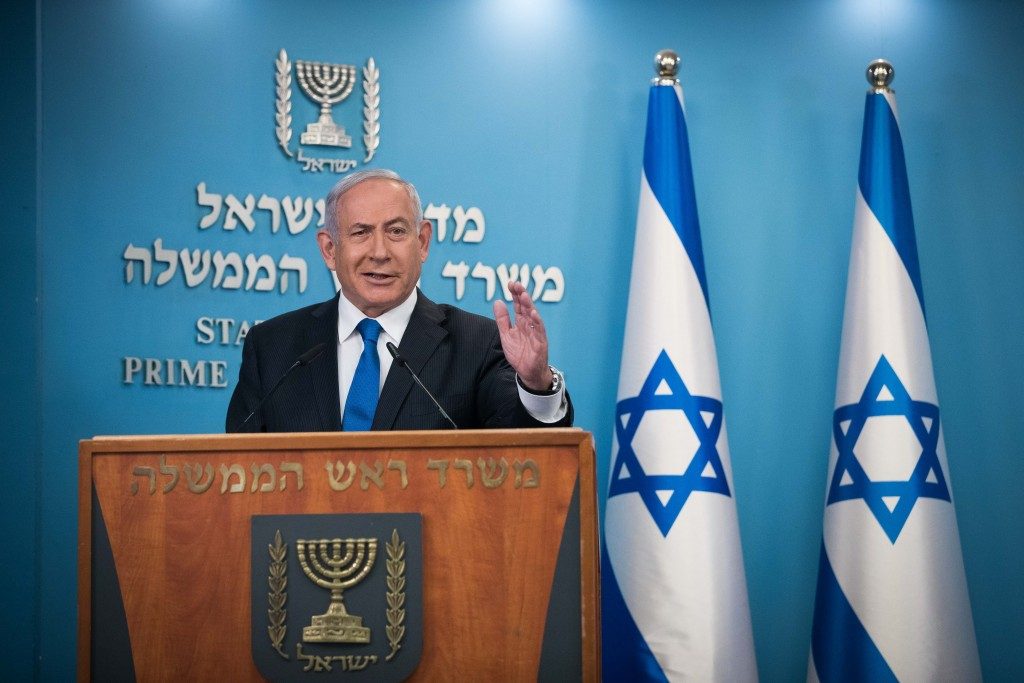 This should have been the best of times for Prime Minister Binyamin Netanyahu. He is scheduled to arrive in Washington — in triumph — to sign a historic peace deal with the United Arab Emirates that didn’t involve painful territorial compromise and that dramatically improved Israel’s position in the region.

The signing of the Abraham Accord was vindication for Netanyahu, who for 25 years defied conventional (leftist) wisdom that the only way to make peace with the Arab world was to gamble with Israel’s security in a deal with the Palestinians. He proved that Israel could forge deals based on its strengths and ability to offer Arab allies what they desperately needed: clean water, agricultural advances, cutting-edge technologies, improved ties with Washington and, most of all, protection from Iran.

In addition, the signing gave the Prime Minister yet another opportunity to show how comfortable he is on the international stage and to demonstrate how his personal relations with leaders from around the world — the United States, Russia, China, Europe, India, Africa and the Gulf states — have worked to Israel’s benefit.

The irony is that while Netanyahu basked in glory in Washington, he was being vilified at home, where everything seems to be going wrong. The coronavirus infection rate is the highest in the world, unemployment and the deficit are soaring, and the unity coalition, established solely to tackle the corona crisis, has proven to be the most inept, disappointing government in Israel’s history, which is quite an achievement.

Netanyahu’s razor-sharp political instincts, which have kept him in office for more than 11 consecutive years (and three years before that), appear to be failing him. While the expectation was that he’d easily prevail over his coalition partners, political novices that aren’t in his league, in the end they’ve succeeded in setting the agenda, nixing annexation, voting for controversial bills and preventing passage of a budget that jeopardized a rotation agreement that puts Blue and White leader Benny Gantz in the Prime Minister’s seat in November 2021.

As a result of these failures, many in Israel who would normally hail peace with Arabs and the leader who brought it, are having second thoughts about Netanyahu continuing at the helm.

There are two possibilities of replacing him, neither of which appears realistic at the moment. One is if he honors the rotation agreement and Gantz assumes the premiership next November.

The other is that the December 23 deadline for passing a budget isn’t met and elections are called automatically. Recent polls show Naftali Bennett’s Yamina party soaring with 21 seats and the Likud dropping to 31. In theory, disappointment with Netanyahu’s handling of the corona crisis and his thrice-weekly appearances in court on corruption charges (the trial is set to start in January) could cause a political shift that gives Bennett the chance to form a government.

Both options are long shots. But if either pans out, my recommendation to the next Prime Minister is to keep Netanyahu on as foreign minister. It’d be a shame to throw out all that experience, all those connections, all those finely honed diplomatic skills.