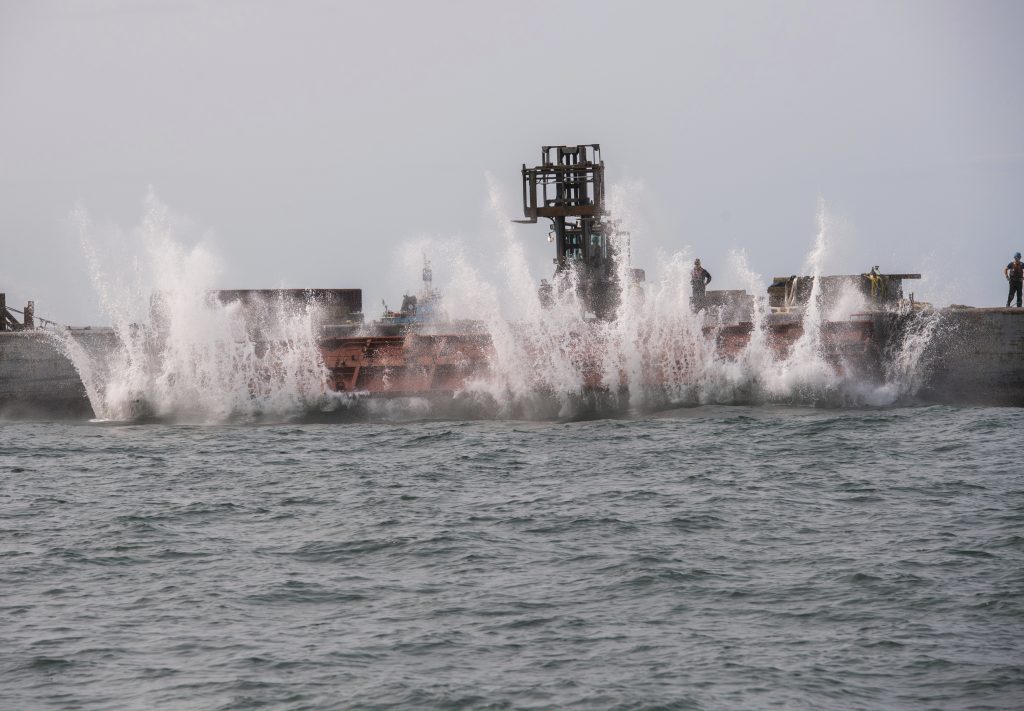 Barges dumped old rail cars into the Atlantic Ocean on Wednesday as part of New York’s efforts to build artificial reefs that attract fish and divers.

Gov. Andrew Cuomo spoke from the stern of a moving boat as barges began to drop steel rail cars that weighed as much as 21 tons off Long Island’s Jones Beach.

Some of the 75 donated cars sank into the nearby Hempstead Reef, while others are headed to the state’s other 11 artificial reefs in hopes of stimulating fisheries.

A decades-old state program has used everything from tug boats to materials from the demolished Tappan Zee Bridge to create reefs.

State environmental officials said it would take about two hours for the cars to settle into the sediment. Then workers can start judging how quickly aquatic organisms — everything from algae to dolphins and sharks — arrive.