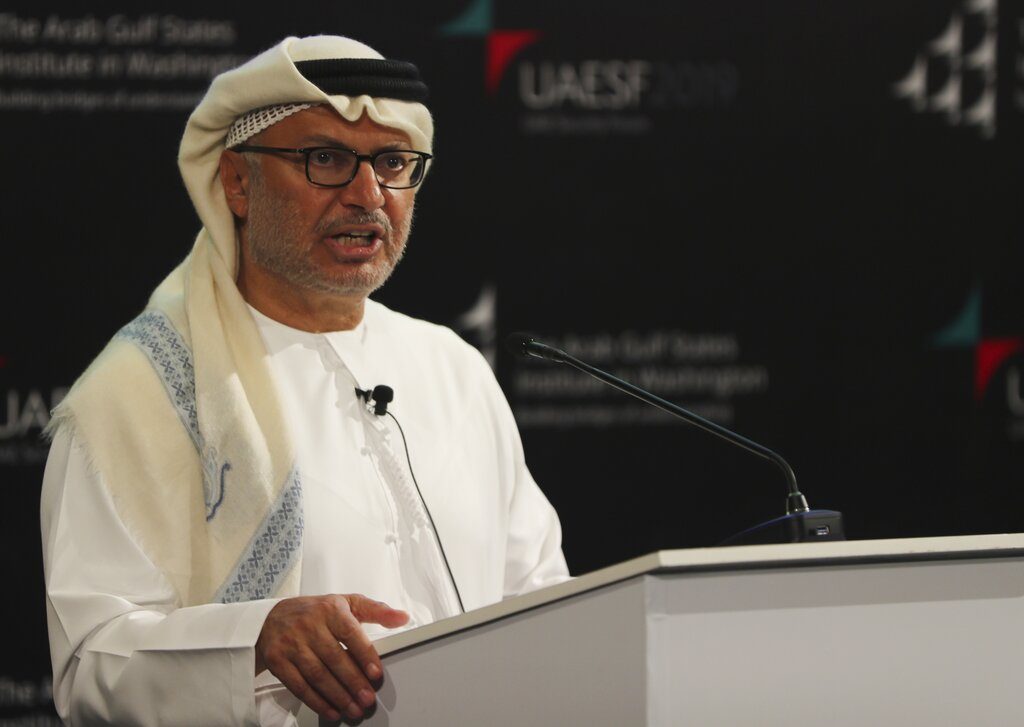 A high-ranking UAE  minister said on Tuesday that while the agreement with Israel will refer only indirectly to a Palestinian state, his country has not backed away from its support for the Palestinians.

Anwar Gargash, the UAE’s minister of state for foreign affairs, told reporters in an online briefing: “It’s a preamble that emphasizes a basic stance and then it is really a bilateral agreement about two states — the State of Israel and the United Arab Emirates.

“It does reference the two-state [solution] through references to previous agreements that were signed. And you will see that, I think, clearly. And then it goes into areas of cooperation and so forth, and sort of frames the type of relations the two states strive for.

“The UAE today has not changed our political position, it remains the same. That position is in support of Palestinian rights to a viable, independent state and East Jerusalem that is their capital,” he said.

“And our argument has always been that not communicating — the policy of the empty chair — has led to unfortunate realities on the ground. And by engaging… the Palestinians have more of a chance to realize what has been their national aspiration. We will be there to help them,” he said.

Asked why the country’s de facto leader, Crown Prince Mohammed bin Zayed did not travel to Washington for the signing, Gargash explained it in terms of the latter’s personality rather than diplomatic considerations:

“He is a bold leader, but he is not necessarily one who would like to be in the limelight,” he said, noting MBZ, as he is known, rarely gives interviews.

“We try our best to encourage him to speak publicly, but we respect his personality,” Gargash said, adding that he wasn’t surprised that the crown prince sent his senior diplomat rather than go himself.

The matter could be a sensitive one; since President Donald Trump and Prime Minister Netanyahu were there, MBZ’s decision to stay home could be interpreted as a snub.