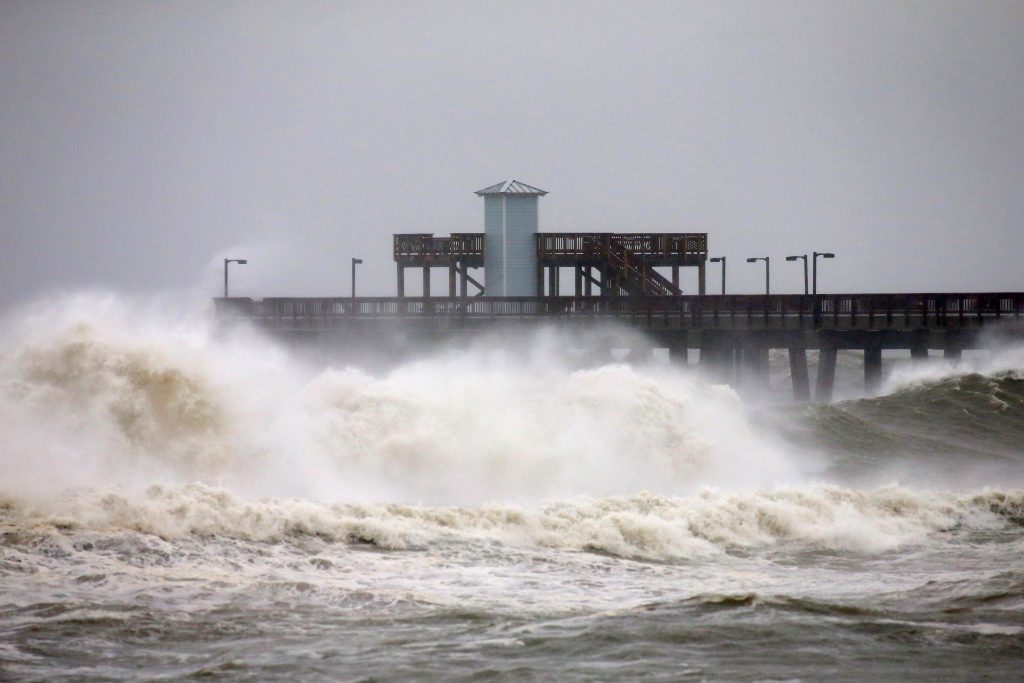 The second strong storm in less than a month to threaten the region, Sally’s winds decreased to 85 miles per hour (140 kph), and early Tuesday was located 60 miles (100 km) east of the mouth of the Mississippi River, the NHC said, moving at a glacial pace of two miles per hour.

It could wallop the Mississippi, Alabama and Florida coasts on Tuesday with massive flash flooding and storm surges of up to 9 feet (2.7 meters) in some spots. Its slow speed recalls 2017’s Hurricane Harvey, which brought several feet of rain over a period of days to the Houston area.

Nearly 11,000 homes are at risk of storm surge in the larger coastal cities in Alabama and Mississippi, according to estimates from property data and analytics firm CoreLogic.

The governors of Alabama, Mississippi and Louisiana called for evacuations of low-lying areas and President Donald Trump made emergency declarations for all three states, which helps coordinate disaster relief.

Ports, schools and businesses closed along the coast. The U.S. Coast Guard restricted travel on the lower Mississippi River from New Orleans to the Gulf, and closed the ports of Pascagoula and Gulfport, Mississippi, and Mobile.

Energy companies buttoned up or halted oil refineries and pulled workers from offshore oil and gas production platforms. More than a fifth of U.S. offshore oil production was shut.

The hurricane is expected to dump between 10 and 20 inches of rain on the coast, with isolated 30-inch downpours.

Mississippi appears more likely for landfall, but Sally’s biggest threat is that it will be a “rainmaker” across a wide swath of the Gulf Coast, with 3 to 4 inches in areas as far inland as Atlanta, said Jim Foerster, chief meteorologist at DTN, an energy, agriculture and weather data provider.

Sally is the 18th named storm in the Atlantic this year and will be the eighth tropical storm or hurricane to hit the United States – something “very rare if not a record” said Dan Kottlowski, senior meteorologist at AccuWeather, noting that accurate data on historic tropical storms can be elusive.