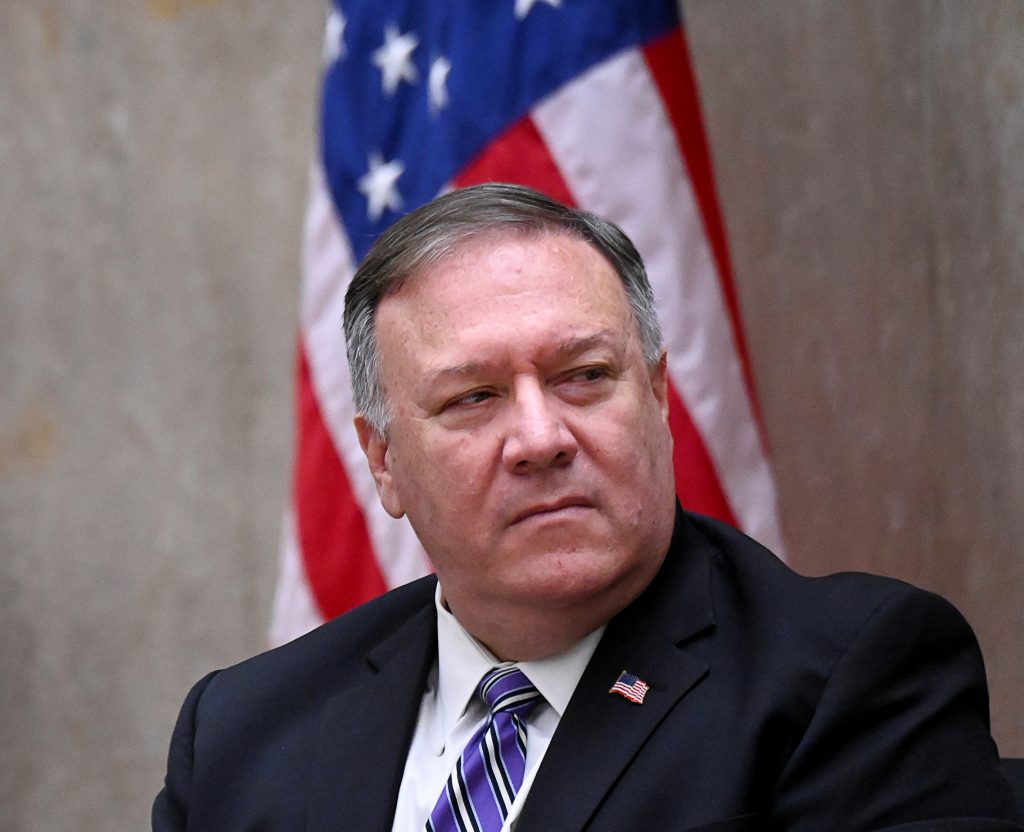 U.S. Secretary of State Mike Pompeo on Tuesday warned France that its efforts to resolve the crisis in Lebanon would be in vain without immediately tackling the issue of Iran-backed Hezbollah’s weaponry.

President Emmanuel Macron has spearheaded international efforts to set Lebanon on a new course after decades of corrupt rule led to its deepest crisis since the 1975-1990 civil war.

But unlike Washington, which deems the heavily armed and politically powerful movement a terrorist group, Paris says its elected arm has a legitimate political role.

The United States last week expanded its sanctions related to Lebanon by blacklisting two former government ministers it accused of enabling Hezbollah. That has raised questions as to how much the U.S. and France are coordinating as Lebanon’s factional rivalries struggle to form a new government.

“The United States has assumed its responsibility and we will stop Iran buying Chinese tanks and Russian air defense systems and then selling weapons to Hezbollah [and] torpedoing President Macron’s efforts in Lebanon,” Pompeo told France Inter radio.

“You can’t allow Iran to have more money, power and arms and at the same time try to disconnect Hezbollah from the disasters it provoked in Lebanon.”

Hezbollah, which has a parliamentary majority, and its Shiite ally Amal, held ministerial posts in the last government, including the Health and Finance Ministries.

Macron said on Sept. 1, during a visit a month after a devastating Beirut port blast, that Lebanese politicians agreed to form a cabinet by Sept. 15, an ambitious timeline given that it usually takes months.

French officials have said the priority is to put in place a government that could implement reforms quickly, but the matter of Hezbollah’s weapons was not an immediate issue.

French daily newspaper Le Figaro reported in August that Macron had met Mohammed Raad, the head of Hezbollah’s parliamentary bloc, and told him that the group should disassociate itself from Iran and remove its forces from neighboring Syria.

The French presidency did not deny the meeting, which would be a first between a French leader and a member of the group.

“It’s a double-edged sword for Macron. Hezbollah is part of the very governance system that needs changing and I’m not sure you can deal with political Hezbollah without handling armed Hezbollah,” said a French diplomatic source.