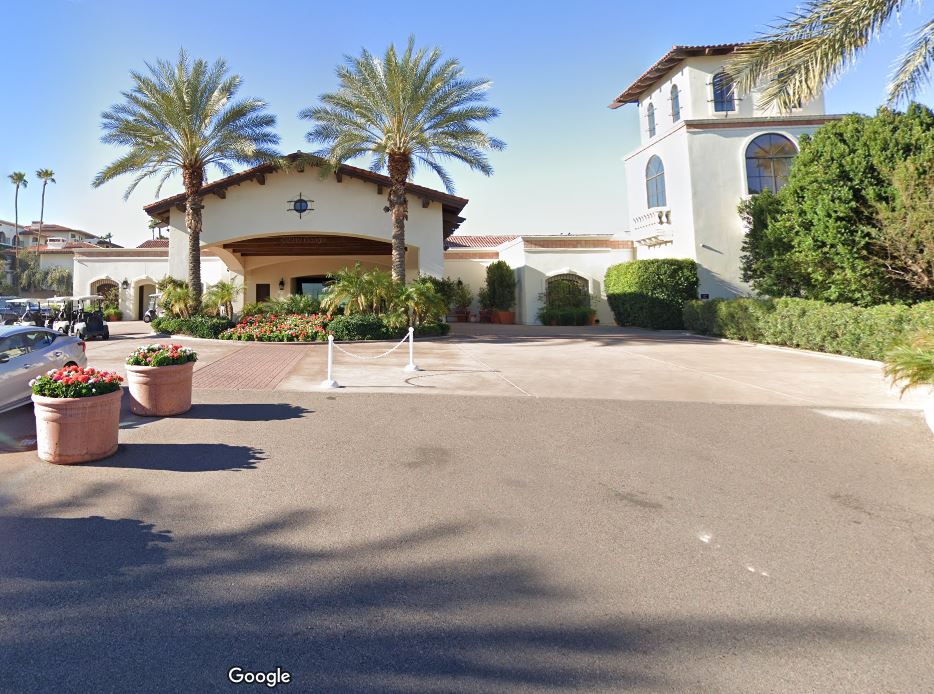 Dozens Trump supporters and a handful of critics were gathered on opposite sides of the entrance to the Arizona Grand Resort at the foot of South Mountain Park in the Phoenix neighborhood of Ahwatukee. The crowd, many carrying signs and flags, cheered when passing cars would honk.
Trump plans to make a case to Latinos, a crucial group of voters in Arizona, during his fifth trip to Arizona of 2020.

Trump carried Arizona by 3.5 points in 2016. Democrats have made inroads in the longtime Republican stronghold, and it is now a top battleground in the fight for the presidency.

Democrat Joe Biden has said he plans to campaign in Arizona after Labor Day but he has not announced a date for a visit. His wife, Dr. Jill Biden, held a virtual event for teachers last week. His runningmate, California Sen. Kamala Harris, also held an Arizona-focused event online over the weekend.