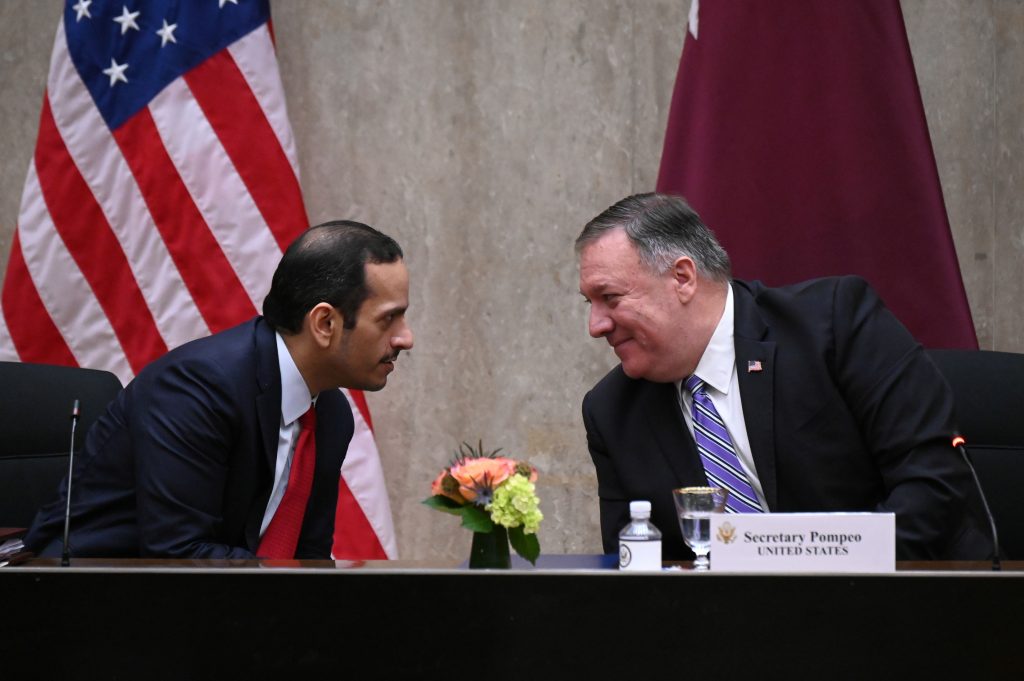 U.S. Secretary of State Mike Pompeo pressed on Monday for a solution to the three-year rift between the Gulf state of Qatar and Saudi Arabia, the United Arab Emirates, Bahrain and Egypt, saying the Trump administration was eager to see it resolved.

“To keep our focus on this work and to close the door to increased Iranian meddling, it’s past time to find a solution to the Gulf rift,” Pompeo said.

“The Trump administration is eager to see this dispute resolved and to reopen Qatar’s air and land borders currently blocked by other Gulf states. I look forward to progress on this issue.”

Saudi Arabia, the United Arab Emirates, Bahrain and Egypt cut diplomatic and trade links with Qatar in June 2017, accusing it of backing terrorism. Qatar denies the charge and has accused its neighbors of seeking to curtail its sovereignty.

Kuwait and the United States have tried to mediate the rift, which has undermined Washington’s efforts to confront Iran, which is struggling for regional supremacy with Saudi Arabia.

The boycotting nations have set 13 demands for lifting the boycott, including closing the Al Jazeera network, shuttering a Turkish military base, reducing ties with Iran and cutting links to the Muslim Brotherhood.

The State Department’s top diplomat for the Middle East, David Schenker, said last week there could be some progress within weeks in resolving the rift, citing signs of “flexibility” in negotiations.