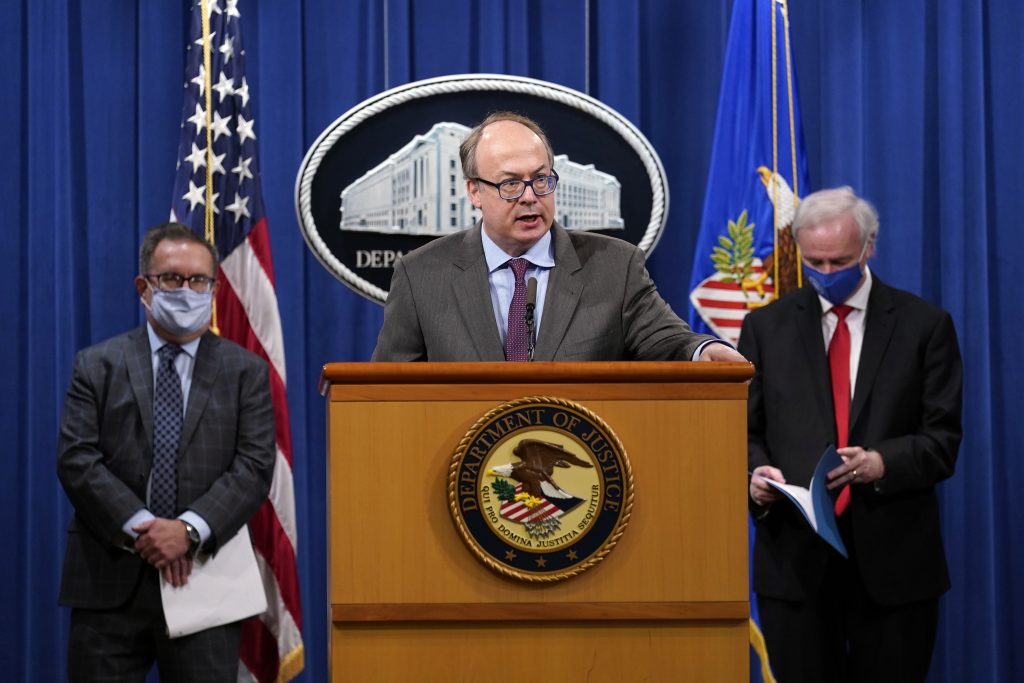 The U.S. Department of Justice, Environmental Protection Agency and the California attorney general’s office say Daimler violated environmental laws by using so-called “defeat device software” to circumvent emissions testing and sold about 250,000 cars and vans in the U.S. with diesel engines that didn’t comply with state and federal laws.

The settlement, which includes civil penalties, will also require Daimler to fix the vehicles, officials said. In addition, the company will pay $700 million to settle U.S. consumer lawsuits.

The Stuttgart, Germany-based automaker said on Aug. 13 that it had agreements with the Justice Department, Environmental Protection Agency, Customs and Border Protection, the California Air Resources Board and others over civil and environmental claims involving about 250,000 diesel cars and vans.

Environmental Protection Agency Administrator Andrew Wheeler said Daimler did not disclose all of its software, which included “devices designed to defeat emissions controls.”

In a statement, Daimler said it denies the allegations that it cheated and does not admit to any liability in the U.S. The settlements resolve civil proceedings without any determination that Mercedes and Daimler vehicles used defeat devices, the company said. Plus, Daimler said it did not receive a notice of violation of the Clean Air Act from the EPA or California regulators, which is common when defeat devices are used.

The company said it is not obligated to buy back the vehicles, as Volkswagen was, nor will it have an independent monitor to track its progress on the settlement. “By resolving these proceedings, Daimler avoids lengthy court actions with respective legal and financial risks,” the company said.

Daimler also said the emissions control system in the U.S. vehicles is different than models sold in Europe because of different regulatory and legal requirements.

Daimler AG said the settlement would bring costs of about $1.5 billion, while the civil settlement will bring a one-off charge of $875 million. It estimated that “further expenses of a mid three-digit-million” euros would be required to fulfill conditions of the settlements.

Owners also will get mailed notices and a website with details of the civil lawsuit settlement including a claim form, Daimler said. The company also will pay attorney fees of around $83 million.

Steve Berman, a lawyer involved in the class-action lawsuits against Daimler, said in a statement that current owners can get $3,290 or more, while former owners can get $822.50.

“Owners of Mercedes’ dirty diesel cars will finally be able to receive the compensation they deserve and repairs to ensure their vehicles are not emitting illegal levels of harmful pollutants,” Berman said.

Deputy Attorney General Jeffrey Rosen said the cost of the Daimler settlement is likely to send a message to deter other companies from engaging in similar conduct.

“We expect that this relief will also serve to deter any others who may be tempted to violate our nation’s pollution laws in the future,” Rosen said.

As part of the U.S. government settlement, Daimler will pay an $875 million civil penalty — about $3,500 for each vehicle that was sold in the U.S. The company will also be required to fix the vehicles and will need to replace some old locomotive engines with newer, low nitrogen oxide-emitting engines that should offset the illegal emissions from its vehicles, Rosen said. A Justice Department official said the company did not have to admit guilt as part of the settlement.

In addition, officials in California will receive $17.5 million for future environmental enforcement, as well as to support environmentally-beneficial projects in the state, officials said.

“Long term, cheating isn’t the smartest way to market your product. Daimler is finding that out today. But they’re not the first — nor likely the last — to try,” said California Attorney General Xavier Becerra.

Daimler’s pollution practices also are under investigation in Germany.

In April 2016, the Justice Department asked Daimler to conduct an internal probe into its exhaust emissions certification process. The request came as the EPA began checking all diesel engines after the Volkswagen cheating was revealed.

Volkswagen, ended up paying $2.8 billion to settle a criminal case due to emissions cheating. Fiat Chrysler also is being investigated for allegedly cheating on emissions.

VW admitted that it turned on pollution controls when vehicles were being tested in EPA labs, and turning them off when the diesel vehicles were on real roads. The company duped the EPA for years before being discovered by a nonprofit climate group and researchers at West Virginia University. In September 2019, federal prosecutors charged a Fiat Chrysler engineer with rigging pollution tests on more than 100,000 diesel pickup trucks and SUVs sold in the U.S., the first indictment since a wave of similar cases against Volkswagen and its managers.

The alleged scheme isn’t as large as the Volkswagen emissions scandal, which involved nearly 600,000 vehicles. But the charges showed that investigators are still on the case, even after Fiat Chrysler agreed to a $650 million civil settlement.