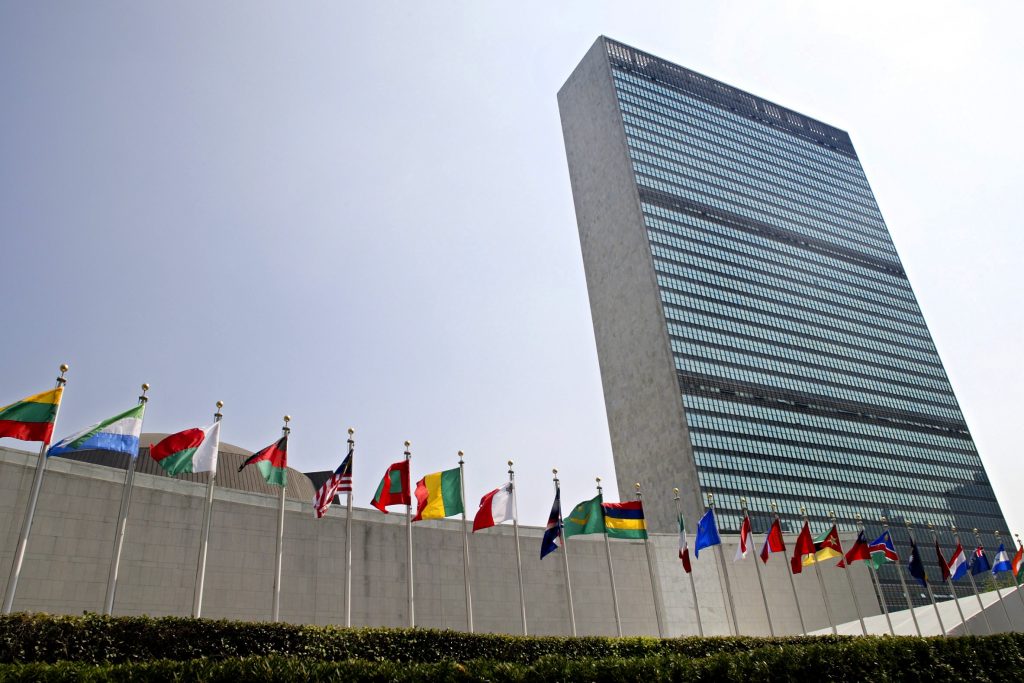 The U.N. General Assembly overwhelmingly approved a wide-ranging resolution on tackling the coronavirus pandemic Friday over objections from the United States and Israel, which protested a successful last-minute Cuban amendment that strongly urged countries to oppose any unilateral economic, financial or trade sanctions.

The 193-member world body adopted the resolution by a vote of 169-2, with Ukraine and Hungary abstaining. It was a strong show of unity by the U.N.’s most representative body, though many countries had hoped for adoption by consensus.

The resolution, which is not legally binding, is the third and most extensive adopted by the General Assembly. A resolution adopted April 2 recognized “the unprecedented effects” of the pandemic and called for “intensified international cooperation to contain, mitigate and defeat” the new coronavirus. A Mexico-sponsored resolution approved April 20 urged global action to rapidly scale up development, manufacturing and access to medicine, vaccines and medical equipment to confront the pandemic.

In Friday’s resolution, the General Assembly says the pandemic poses “one of the greatest global challenges in the history of the United Nations,” and calls for “intensified international cooperation and solidarity to contain, mitigate and overcome the pandemic and its consequences.”

The resolution urges U.N. member states “to enable all countries to have unhindered timely access to quality, safe, efficacious and affordable diagnosis, therapeutics, medicines and vaccines … as well as equipment for the COVID-19 response.”

And it recognizes “the role of extensive immunization against COVID-19 as a global public good for health in preventing, containing and stopping transmission in order to bring the pandemic to an end, once safe, quality, efficacious, effective, accessible and affordable vaccines are available.”

Afghan Ambassador Adela Raz, who coordinated the drafting of the resolution with Croatian envoy Ivan Simonovic, told the assembly the resolution is not only a response to the disease “but a tribute to the victims,” noting that more than 900,000 people worldwide have died and over 25 million have been infected.

“The world is experiencing the worst economic recession since World War II, and equality and poverty are increasing, and more people are experiencing hunger,” she said. “We are indeed facing the most significant global catastrophe since the founding of this important organization, the United Nations.”

Raz said adoption of the resolution shows the world’s nations are ready to respond, despite failing to reach consensus, and are committed to U.N. goals for 2030 including ending extreme poverty, preserving the environment and achieving gender equality “for building back better after the pandemic.”

Simonovic said the great majority of nations “have chosen the path of solidarity and multilateralism” and called the resolution “a powerful tool for mobilization of political will and financial resources.”

He said political and financial support are badly needed “to curb COVID-19, strengthen our stressed health systems and to save jobs and livelihoods.”

The resolution calls on all countries “and other relevant stakeholders to advance, with determination, bold and concerted actions to address the immediate social and economic impacts of the COVID-19 pandemic, while striving to get back on track” to achieve the 2030 goals.

It calls on governments and international financial institutions “to provide more liquidity in the financial system, especially in all developing countries.” It supports recovery plans that “drive transformative change towards more inclusive and just societies including by empowering and engaging all women and girls.”

And it urges U.N. member nations “to adopt a climate- and environment-responsive approach to COVID-19 recovery efforts” including by aligning investments and domestic policies with the U.N. goals and the 2015 Paris agreement to combat climate change.

Cuba succeeded in changing a paragraph in the resolution that originally called for “the urgent removal of unjustified obstacles in order to ensure the universal, timely and equitable access to, and fair distribution of, all quality, safe, efficacious and affordable essential health technologies and products, including their components and precursors that are required in the response to the COVID-19 pandemic.”

By a vote of 132-3, the assembly amended the resolution to urge all countries “to refrain from promulgating and applying any unilateral economic, financial or trade measures not in accordance with international law and the Charter of the United Nations that impedes the full achievement of economic and social development, particularly in developing countries.”

The United States was then overwhelmingly defeated in attempts to remove two paragraphs from the resolution, one referring to women’s rights to “sexual and reproductive health” and the other to “promoting global sustainable transport.”

In addition to arguing against the language on sanctions, the United States opposed all references to the World Health Organization, which the Trump administration stopped funding, accusing the U.N. agency of failing to do enough to stop the virus from spreading when it first surfaced in China.

It accused China of hiding the truth about the outbreak from the world in the early days which “imperiled all of us and caused needless additional suffering and death.”

Chinese diplomat Xing Jisheng responded, alluding to the recent revelation that President Donald Trump “recognized the danger of the virus at a very early stage, but deliberately played it down to avoid panic.” He asked: “Who is hiding the truth?”

Xing also asked why the U.S., with the most advanced medical system in the world, has the most COVID-19 cases. “If the United States is serious about fighting the pandemic, it should focus on protecting lives and health of its people, instead of being busy with blame-shifting,” he said.