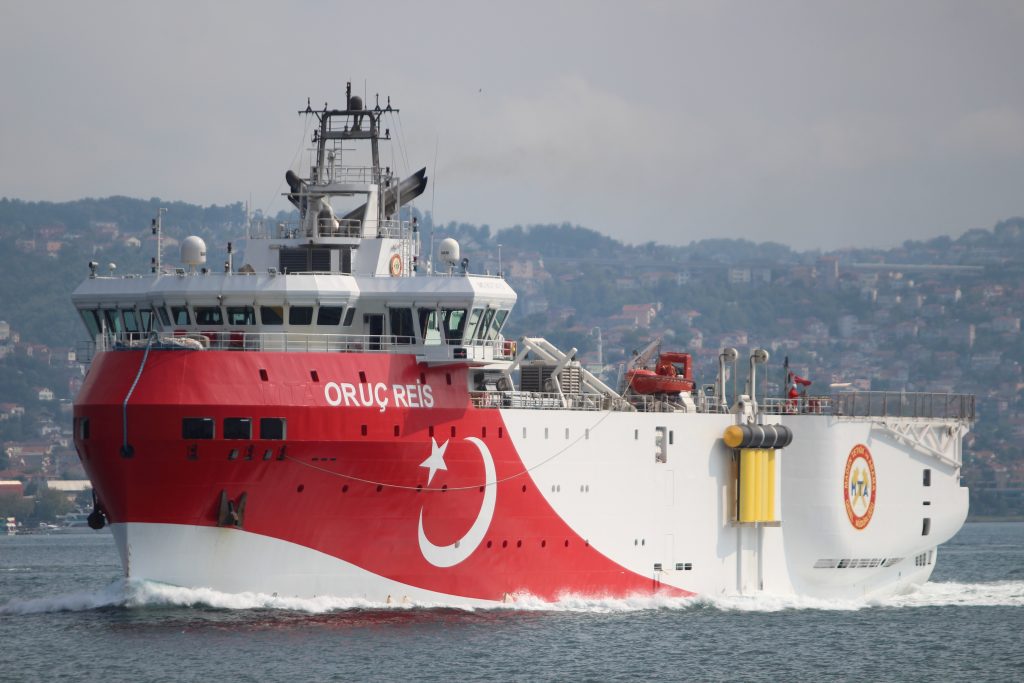 Turkey‘s navy had issued an advisory earlier this month saying that the Oruc Reis would continue operations in the area until Sept. 12.

Foreign Minister Mevlut Cavusoglu had said the ship would continue exploratory operations for longer but no extension to the advisory has been issued so far.

Refinitiv ship tracking data showed Oruc Reis, along with two accompanying vessels, had returned to a location just off the coast of Antalya on Sunday. Greek Prime Minister Kyriakos Mitsotakis welcomed the move.

“The return of Oruc Reis is a positive first step, I hope there will be continuity. We want to talk with Turkey but in a climate without provocations,” he told reporters in Thessaloniki.

Ankara faces potential sanctions from the European Union, which fully supports member states Greece and Cyprus, due to the dispute, but many states, including Germany, want to defuse the stand-off through dialogue.

“A sanctions list exists as an option [against Turkey]. Our desire is not to see it implemented but it will be done if we see that the other side is not returning to the path of logic,” Mitsotakis said.

Turkey has also said it is open to solving issues with Greece through dialogue but had publicly rejected any pre-conditions, including Oruc Reis halting operations, ahead of negotiations.

Defense Minister Hulusi Akar, who was visiting Antalya’s Kas district, near the Greek island of Kastellorizo, said on Sunday that Turkey was on the side of dialogue and political solution.

“We have always done what is required by good neighborly relations and we expect the same from the other side,” he told reporters.

Turkey says it has a legitimate claim over the area in the eastern Mediterranean. There is no agreement between Greece and Turkey delimiting their continental shelves, while Turkey disputes any claims by Cyprus, with which it has no diplomatic relations.

Cyprus was split in a Turkish invasion in 1974 triggered by a brief Greek-inspired coup. Its internationally recognized Greek Cypriot government represents the whole island in the European Union, though its authority is effectively contained to the southern part. North Cyprus is an unrecognized Turkish Cypriot state recognized only by Ankara.