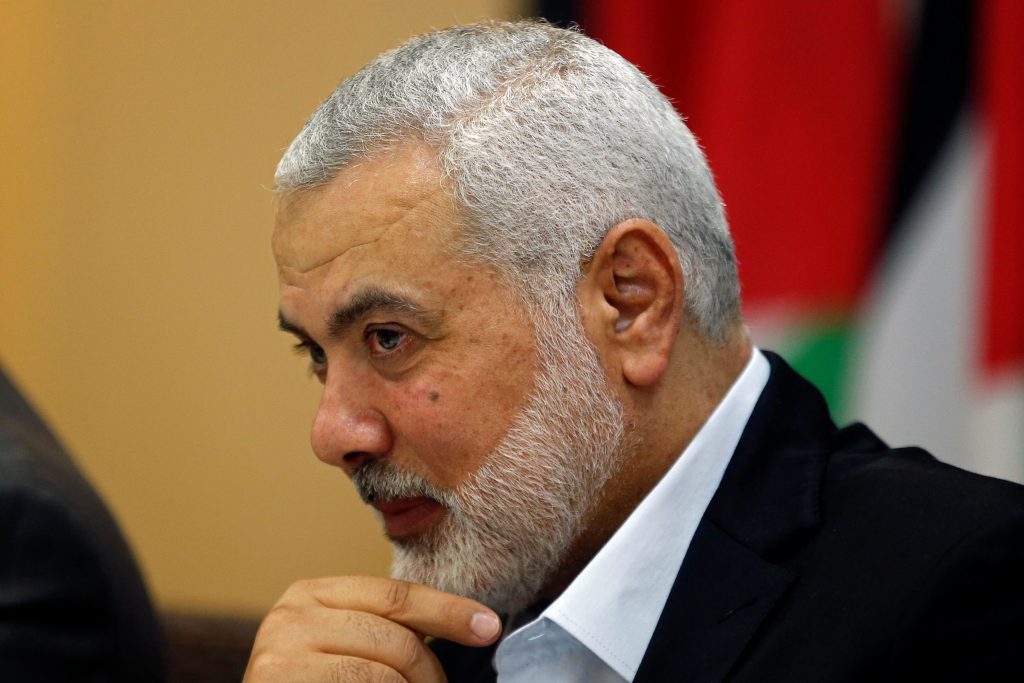 The Islamist terrorist group is holding the remains of two Israeli soldiers, Sgt. Oron Shaul and Lt. Hadar Goldin, Hy”d, killed in the 2014 Operation Protective Edge, as well as Ethiopian Israeli Avera Mengistu and Bedouin Israeli Hisham al-Sayed, both suffering from mental health issues, crossed into Gaza willingly in 2014 and 2015 and were captured by Hamas.

Speaking with the Anadolu news agency, Haniyeh said that he “welcomes the Egyptian role in reaching a new agreement and we hope to make some progress. Our Egyptian brethren are addressing many issues, including the attempt to reach Palestinian unity, easing the siege on the Gaza Strip, and a prisoner exchange.”

Hamas is plagued by growing internal tensions over the nearing elections for its leadership.

Sources familiar with Gaza politics said the statement may be a ploy by Haniyeh to gain political capital at the expense of the Israeli captives’ families.

Other sources claim the negotiations are real as reaching such a deal would give Haniyeh a serious boost in the polls.

Haniyeh is up against longtime strongman Khaled Mashaal – a former Hamas leader seeking to make a political comeback.

Mashaal’s bid is supported by Qatar, where he resides, and Turkey, which offers top Hamas officials a safe haven in Istanbul.