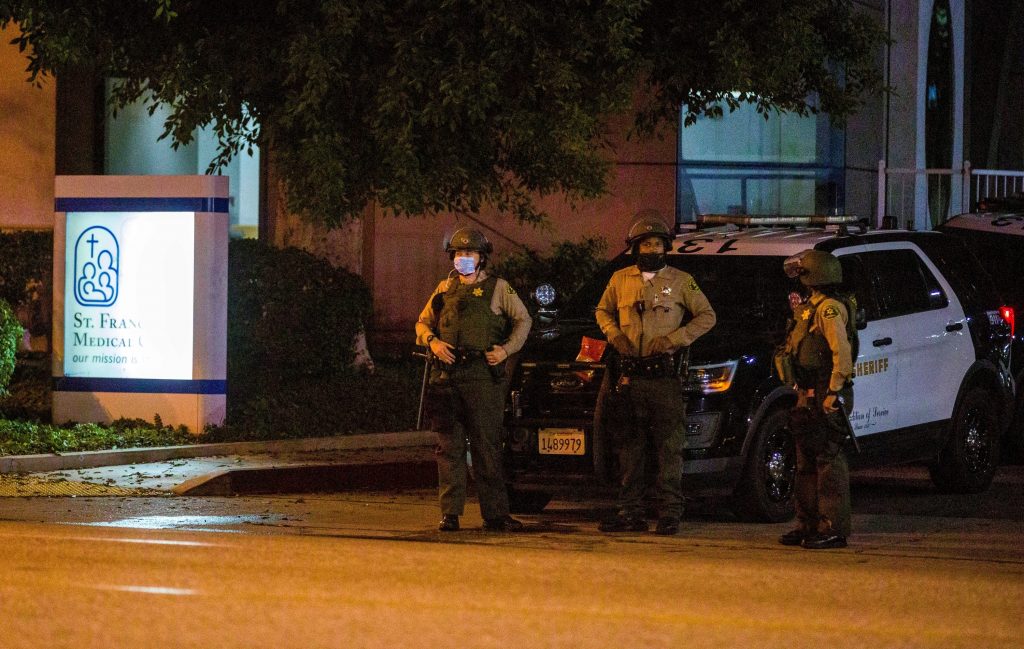 President Trump and Democratic presidential nominee Joe Biden on Sunday denounced the shooting of two Los Angeles County sheriff’s deputies and called for the gunman, who remains at large, to face harsh punishment.

The L.A. County Sheriff’s Department said Saturday night that the two deputies “were ambushed as they sat in their patrol vehicle” in Compton and were shot multiple times, leaving them in critical condition. The department later released a video that appeared to show a suspect walking up to a parked police car, pointing a gun at the passenger side window and then running away.

They were able to radio for help, according to the Associated Press.

In an early morning tweet, Trump called for a forceful response to the incident. “Animals that must be hit hard!” he said.

Later Sunday morning, Trump tweeted of the officers: “If they die, fast trial death penalty for the killer. Only way to stop this!”

“This cold-blooded shooting is unconscionable and the perpetrator must be brought to justice,” the former vice president tweeted Sunday morning. “Violence of any kind is wrong; those who commit it should be caught and punished. Jill and I are keeping the deputies and their loved ones in our hearts and praying for a full recovery.”

On Saturday, anti-police protesters gathered at the hospital where the deputies were being treated.

Authorities are still searching for the suspect and have blanketed the area around the shooting, according to the Associated Press.