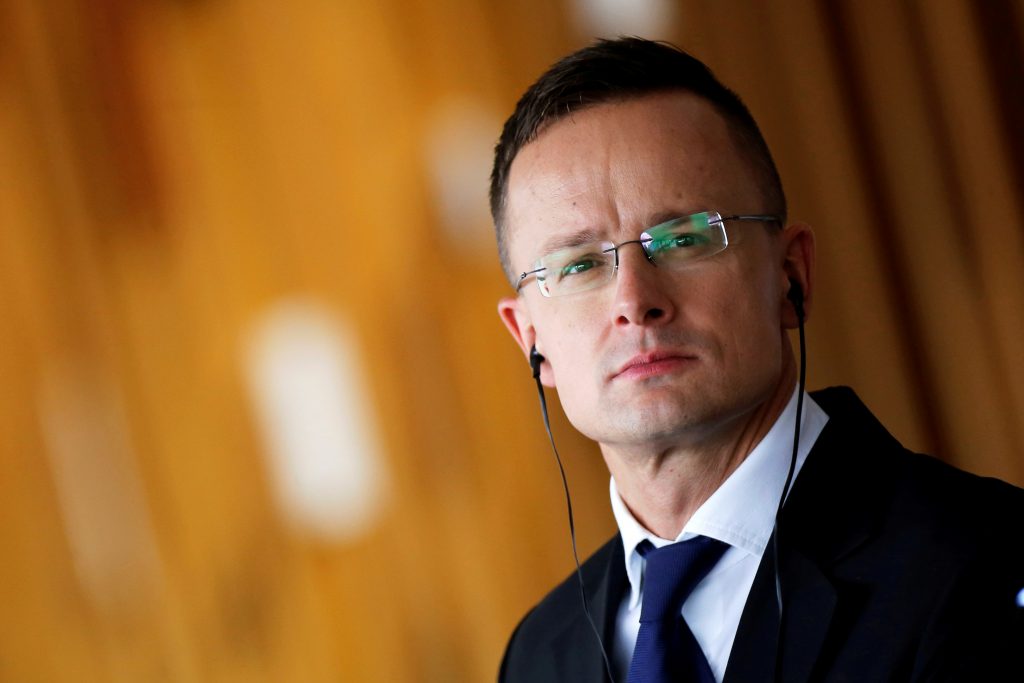 Hungarian Foreign Minister Peter Szijjarto will be the only EU diplomatic leader to attend the signing ceremony on Tuesday in Washington for the Israel-United Arab Emirates peace deal, his spokesman said on Sunday.

Under the accord, which Trump helped broker, Israel agreed to suspend its planned annexation of areas of the occupied West Bank. The agreement also firms up opposition to regional power Iran, which the UAE, Israel and the United States view as the main threat in the conflict-riven Middle East.

Trump, who is heading into the homestretch of his presidential re-election campaign, announced the accord last month. On Friday, he said Bahrain would join the agreement.

Major European powers like France and the UK welcomed the Israel-UAE deal, as did the European Union executive, which said it was good for regional stability.

Hungarian Prime Minister Viktor Orban was an early and avid supporter of Trump.

“Since the White House prepared the agenda for stabilizing the region, this has been the second development to prove that this is the best peace plan thus far and promises to bring peace in the Middle East at last,” Szijjarto wrote on social media on Saturday.