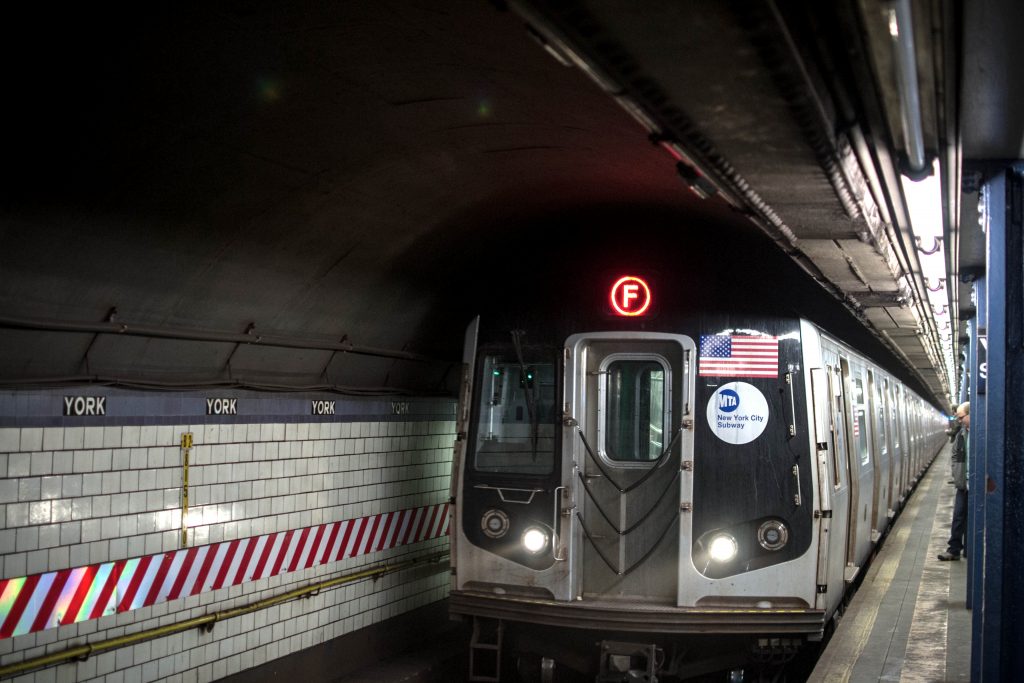 Riders of New York City’s E and F Train will see service changes in the coming months, as the Metropolitan Transportation Authority repairs the F Train’s tunnel under the East River.

The service changes will occur on nights and weekends of the following dates: for three weeks starting Monday, September 14; one week each in October and November; and for four months in early 2021.

Changes are as follows:

— F trains will be rerouted on the A/C line between Jay St-MetroTech in Brooklyn and W 4 St in Manhattan.

— F trains will be rerouted on the E line between W 4 St in Manhattan and 36 St in Queens.

— E trains will be rerouted on the F line between 36 St in Queens and Delancey St-Essex St in Manhattan, the first/last stop for all E trains in Manhattan.

The service changes are due to the MTA repairing the Rutgers Tube, through which the F Train travels under the East River, from damages sustained during Superstorm Sandy in 2012. The Rutgers is the eleventh and final MTA tunnel under a major body of water to be repaired due to damage from Sandy.

F Train riders have already been experiencing other service changes due to signal-modernization work.

On weekends until Dec 21, from Friday night until Monday morning, there are no F Trains between Church Av and Coney Island-Stillwell Av.

Through September 25, F trains will run express between Avenue X and Church Av; trains that normally terminate at Kings Highway will instead terminate at Church Av or 18 Av.