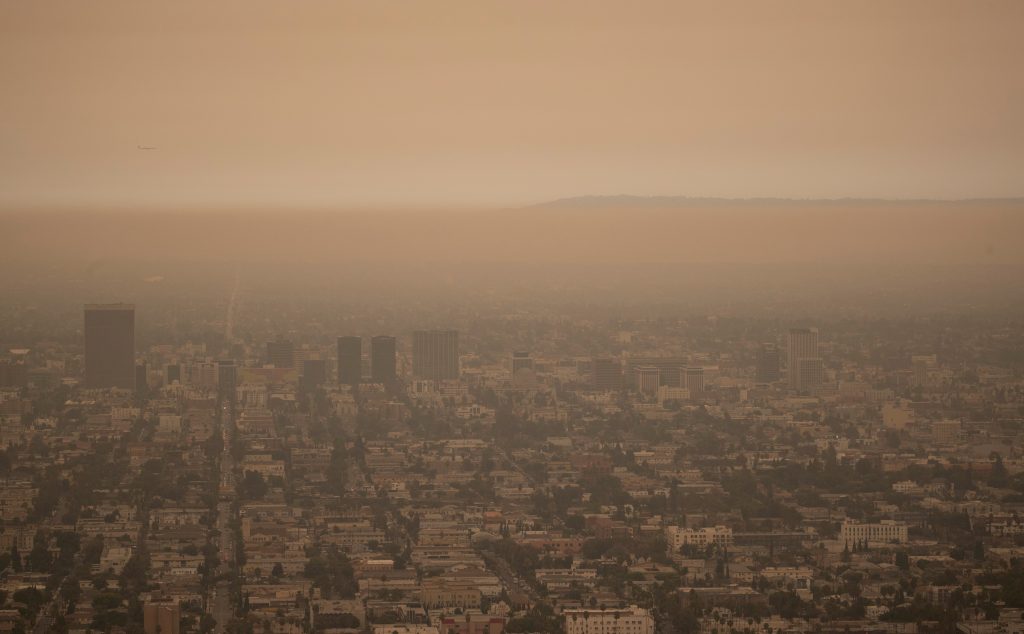 Firefighters took advantage of a welcome break in hot, dry weather on Saturday to make gains against massive wildfires burning across three western states as President Donald Trump said he would travel to California to see the devastation first-hand.

Flames have destroyed thousands of homes and at least half a dozen small towns in the latest outbreak of wildfires that have raged across the western United States this summer, collectively scorching a landscape the size of New Jersey and killing at least 26 people since early August.

But after four days of treacherously hot, windy weather, a glimmer of hope arrived in the form of calmer winds blowing in from the ocean, bringing cooler, moister conditions that helped firefighters make headway against blazes that had burned largely unchecked earlier in the week.

At least six people have been killed this week in Oregon, according to the state’s wildfire tracking website, and Governor Kate Brown has warned that dozens of people had been reported missing in three counties.

In California, tens of thousands of firefighters were battling 28 major wildfires as of Saturday morning, according to the California Department of Forestry and Fire Protection. Cooler, moister air had allowed crews to gain a measure of containment over most of the blazes.

The White House said Trump, a Republican, will meet on Monday with local and federal officials near the California state capital of Sacramento on Monday. He has said that western governors bear some of the blame for intense fire seasons in recent years, alleging that they have engaged in poor forest management.

“This is a climate damn emergency. This is real and it’s happening. This is the perfect storm,” Newsom told reporters on Friday from a charred mountainside near Oroville, California.

The Pacific Northwest as a whole has borne the brunt of an incendiary onslaught that began around Labor Day, darkening the sky with smoke and ash that has beset northern California, Oregon and Washington with some of the world’s worst air-quality levels. Paradise, a town blasted by California‘s deadliest wildfire in 2018, posted the world’s worst air quality index reading at 592, according to the PurpleAir monitoring site, as two of the state’s largest blazes burned on either side of it.

More than 4,000 homes and other structures have been incinerated in California alone over the past three weeks.

In southern Oregon, an apocalyptic scene of charred residential subdivisions and trailer parks stretched for miles along Highway 99 south of Medford through the neighboring communities of Phoenix and Talent.

Molalla, a community about 25 miles south of downtown Portland, was an ash-covered ghost town after its more than 9,000 residents were told to evacuate, with only 30 refusing to leave, the city’s fire department said.

The logging town was on the front line of a vast evacuation zone stretching north to within 3 miles of downtown Portland. The sheriff in suburban Clackamas County set a 10 p.m. PDT curfew to deter “possible increased criminal activity.”

In Portland, the Multnomah County Sheriff chastised residents who had set up their own checkpoints to stop cars after conspiracy theories spread that left-wing activists who oppose Trump were starting some of the fires. Local officials have called those theories groundless.

Brown told a news conference that more than 500,000 residents of Oregon were under one of three evacuation alert levels, advising them to be ready to flee at a moment’s notice, or to leave immediately. About 40,000 people had already been ordered to get out.