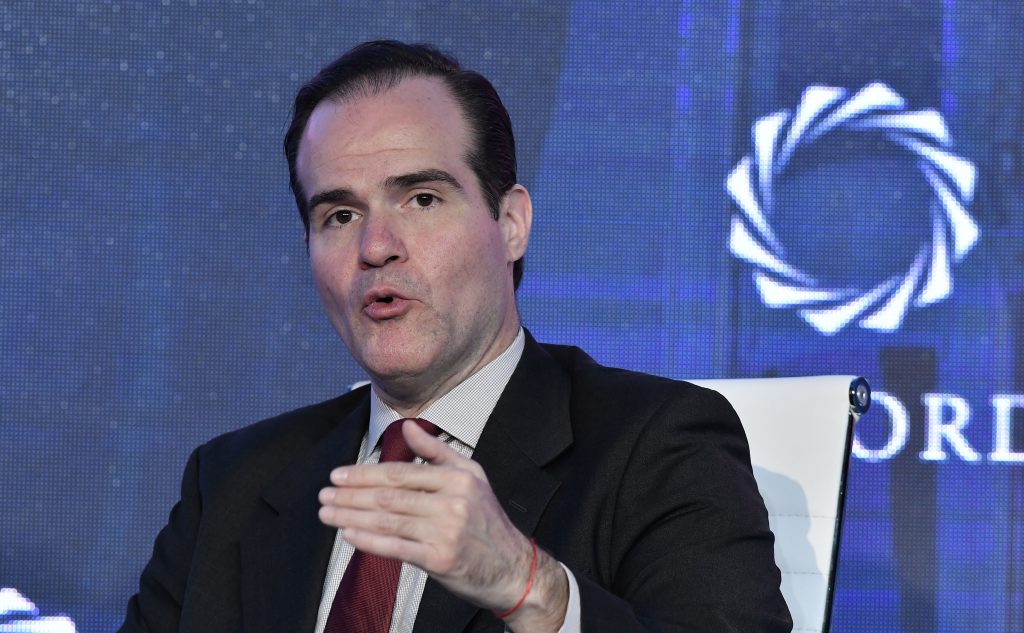 President Donald Trump’s nominee on Saturday won election as president of the Inter-American Development Bank, the region’s main economic development lender, making him the first U.S. citizen to lead the institution in its 61-year history.

Mauricio Claver-Carone, Trump’s senior Latin America adviser, told the bank’s governors before voting began that he would be “a passionate advocate” for the bank, its staff and the region. He will take office on Oct. 1 and has pledged to serve only one five-year term.

Trump’s decision to nominate a U.S. candidate to head the bank broke with a tradition for the president to come from the region and sparked criticism from some Latin American countries, development groups and the European Union.

But Claver-Carone won the backing of a majority of countries in the region.

Thirty of the Bank’s 48 governors voted for Claver-Carone, including 23 from the region, amounting to 66.8% of the vote, a spokesman for the U.S. National Security Council said. Three sources familiar with the vote said 16 countries abstained.

Argentina, Mexico, Chile and Costa Rica – concerned about the precedent of the move – initially sought to delay the vote but failed to win sufficient backing to do so.

The IDB vote turned into a geopolitical battle between the Trump administration, which is keen to gain leverage in resource-rich Latin America and counter the rise of China, and some in the region who wanted to retain control of the top job.

Some countries also were concerned about electing Claver-Carone, a Trump loyalist, should Trump lose the Nov. 3 presidential election to Democrat Joe Biden, whose campaign also criticized the nomination of the Cuba hawk.

Argentina’s foreign ministry thanked Chile, Mexico, Peru and Trinidad and Tobago and European Union countries for backing its decision to abstain from the vote, noting that the abstentions accounted for just over 31% of the votes cast.

Chile reiterated discontent over the timing of the election, saying in a statement that a delay could have brought forward other candidates “who might have been able to convene, encourage dialogue and build consensus.”

Costa Rica said it decided to vote in favor of Claver-Carone after he committed to some proposals by former Costa Rican President Laura Chinchilla, whom the country had planned to nominate for the job. Chinchilla dropped her bid to lead the IDB earlier in the month.

Carone said he would work with member countries to “strengthen the bank, respond to the needs of the region and create opportunities for shared prosperity and economic growth.”

Claver-Carone is a key architect of the U.S. “America Rising” program, or “America Crece” aimed at accelerating private investment in the region. The Trump administration is also pushing U.S. companies to relocate manufacturing facilities from China to the Western Hemisphere.

The IDB has been led by Latin Americans, with an American in the No. 2 job, since the institution’s inception in 1959.