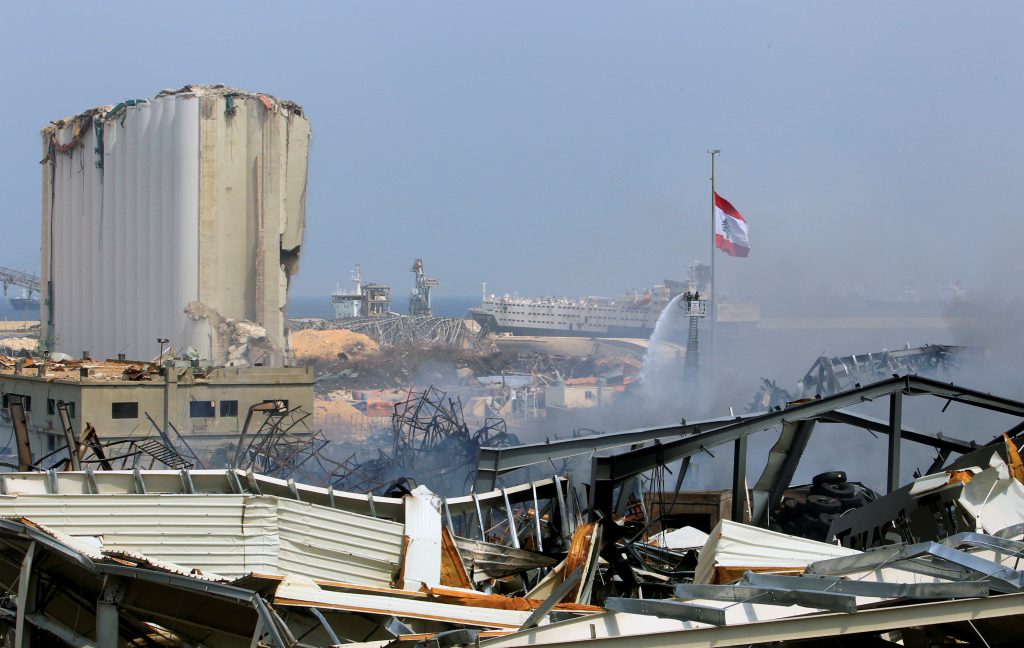 A pall of smoke could be seen rising above Beirut’s port overnight on Saturday, just two days after a large fire erupted and engulfed large parts of the Lebanese capital in a cloud of smoke and ash.

A security source told Reuters the smoke was coming from remnants of Thursday’s blaze, which reignited on Saturday. Firefighters, who have been stationed at the scene since Thursday, were putting out the embers, the source said, adding that there was no immediate danger to the city.

George Abou Moussa, head of Lebanon’s civil defense, said there was nothing to worry about.

Local media carried images of a small fire and smoke emanating from the devastated port.

Thursday’s blaze, which began in the shattered duty-free zone of the port, came weeks after a massive blast devastated the port and ruined a swathe of the city. It prompted some residents, still traumatized by last month’s explosion that had itself followed a port fire, to flee the city.