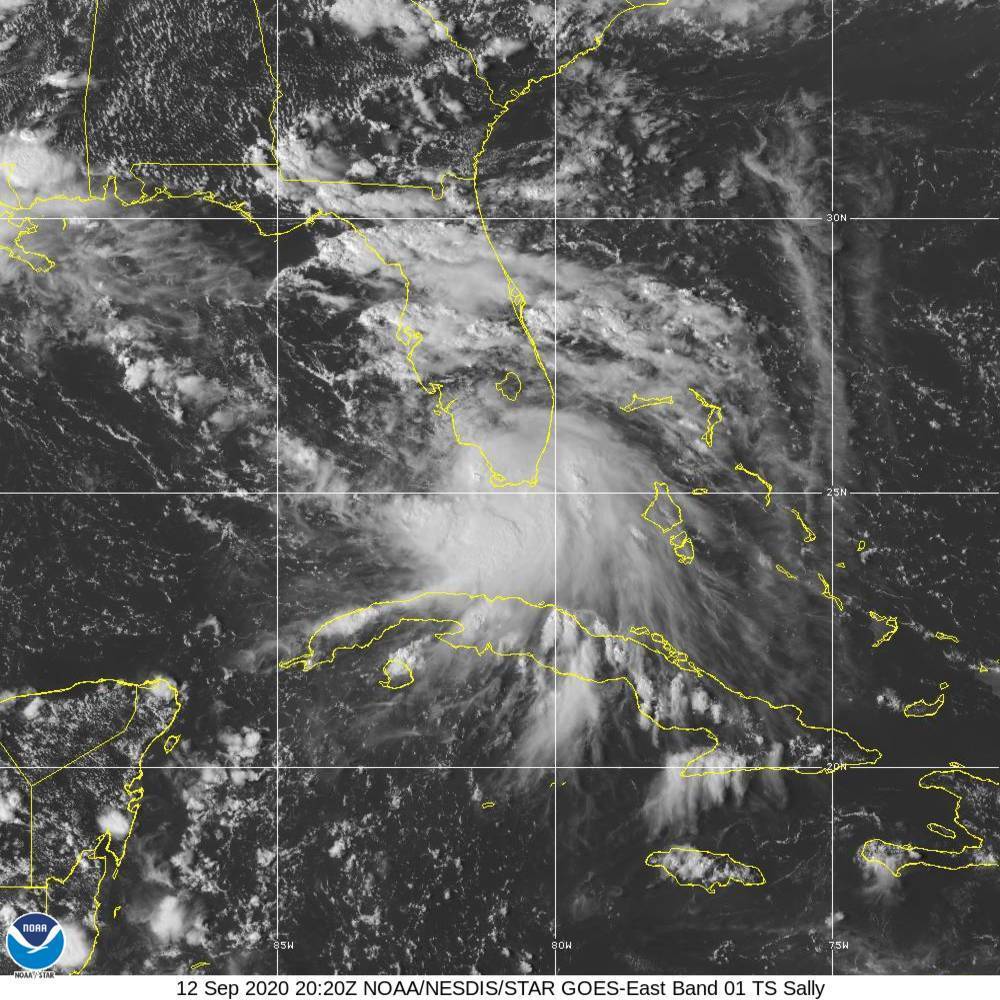 Tropical Storm Sally formed Saturday off south Florida amid forecasts it would reach hurricane strength early in the week before striking the northern Gulf Coast with high winds and a possible life-threatening storm surge.

The earliest 18th-named storm in an Atlantic tropical season, Sally already was better organized within hours of forming and was expected to become a hurricane by late Monday, the National Hurricane Center said. New Orleans and surrounding areas, along with a stretch of the coast from Grand isle, Louisiana, to the Alabama-Florida line, were placed under a hurricane watch.

Late Saturday, Louisiana Gov. John Bel Edwards declared a state of emergency ahead of the storm, and officials in the New Orleans area issued a mandatory evacuation order for areas outside of levee protection, including Venetian Isles, Lake Catherine, and Irish Bayou. The evacuation order was set to go into effect at 6 p.m. Sunday.

The National Hurricane Center said dangerous storm surge was possible along the northern Gulf Coast starting Monday and that hurricane conditions could set in there starting early Tuesday.

By nightfall, Sally was centered about 45 miles (70 kilometers) west of Naples, Florida, and about 455 miles (735 kilometers) east-southeast of the mouth of the Mississippi River. The storm was crawling away from south Florida into the Gulf at a pace of 8 mph (13 kph), heading in a west-northwest direction.

A tropical storm watch has been extended westward from the Okaloosa/Walton County line in Florida to the Alabama-Florida line.

A storm surge watch, meanwhile, was in effect from the mouth of the Mississippi River to the Alabama-Florida line, including Lake Pontchartrain, Lake Maurepas, Lake Borgne in Louisiana — and Mobile Bay in Alabama.

Elsewhere, Tropical Storm Paulette had maximum sustained winds of 70 mph (110 kph) and was 415 miles (670 kilometers) southeast of Bermuda, where a hurricane watch and tropical storm warning are in effect. Forecasters said Paulette was expected to become a “dangerous hurricane” when it nears Bermuda late Sunday night and Monday. It also expected to drop up to 6 inches (15 centimeters) of rain on the territory through Monday.

Tropical Storm Rene weakened in recent hours and was reclassified as a tropical depression. It had maximum sustained winds of 35 mph (55 kph) and was about 1,200 miles (1,935 kilometers) east-northeast of the Northern Leeward Islands. Forecasters said Rene wasn’t expected to strengthen and did not pose any threat to land.