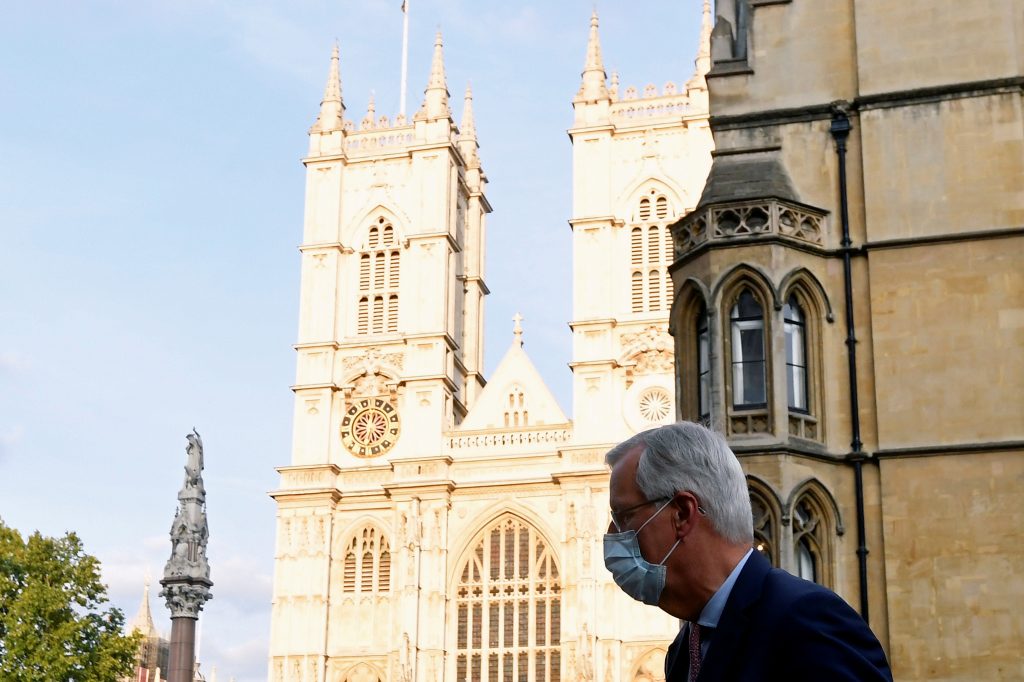 The European Union stepped up planning for a ‘no-deal’ Brexit on Friday after Prime Minister Boris Johnson’s government refused to revoke an ultimatum on breaking the divorce treaty that Brussels says will sink four years of talks.

Britain said explicitly this week that it plans to break international law by breaching parts of the Withdrawal Agreement treaty that it signed in January, when it formally left the bloc.

Britain says the move is aimed at clarifying ambiguities, but it caused a new crisis in talks less than four months before the United Kingdom is due to complete its departure from the EU’s orbit when a transition period ends in December.

The EU has demanded that Britain scrap the plan to breach the divorce treaty by the end of this month. Britain has refused, saying its Parliament is sovereign above international law.

“As the United Kingdom looks to what kind of future trade relationship it wants with the European Union, a prerequisite for that is honoring agreements that are already in place,” said Pascal Donohoe, chairman of euro zone finance ministers.

“It is imperative that the government of the United Kingdom respond back to the call from the [European] Commission.”

As the atmosphere soured between London and Brussels, Japan and Britain said they had reached agreement in principle on a bilateral trade deal that meant 99% of the Britain’s exports to Japan would be tariff-free.

EU chief negotiator Michel Barnier said on Thursday, after talks in London, that the bloc was increasing its planning for a no-deal Brexit at the end of this year after trade talks made little progress.

“The UK has not engaged in a reciprocal way on fundamental EU principles and interests,” Barnier said. “Nobody should underestimate the practical, economic and social consequences of a ‘no deal’ scenario.”

Investment banks have increased their estimates of the chances of a messy end to Britain’s divorce from the trading and political bloc it first joined in 1973, and sterling has fallen against the dollar and the euro.

European Commission Vice President Maros Sefcovic urged Britain to scrap by the end of September the main elements of new legislation put forward this week that would override parts of the Withdrawal Agreement, but Britain said Parliament would debate the bill on Monday.

The bill will face opposition in both houses of Parliament as many senior British politicians have expressed shock that London is explicitly planning to breach international law.

“The government will have to think again,” said Norman Lamont, a Brexit supporting member of the House of Lords, the upper chamber, who was finance minister when the pound crashed out of the Exchange Rate Mechanism in 1992.

“I don’t think this will get through the Lords, in its present form,” Lamont said. “It is impossible to defend. They’ll have to think again.”

Barnier’s team will brief the 27 members of the EU on the progress of trade talks on Friday.