Regional In a Year of Social Distancing, Virus Alters Sept. 11, Too
Regional 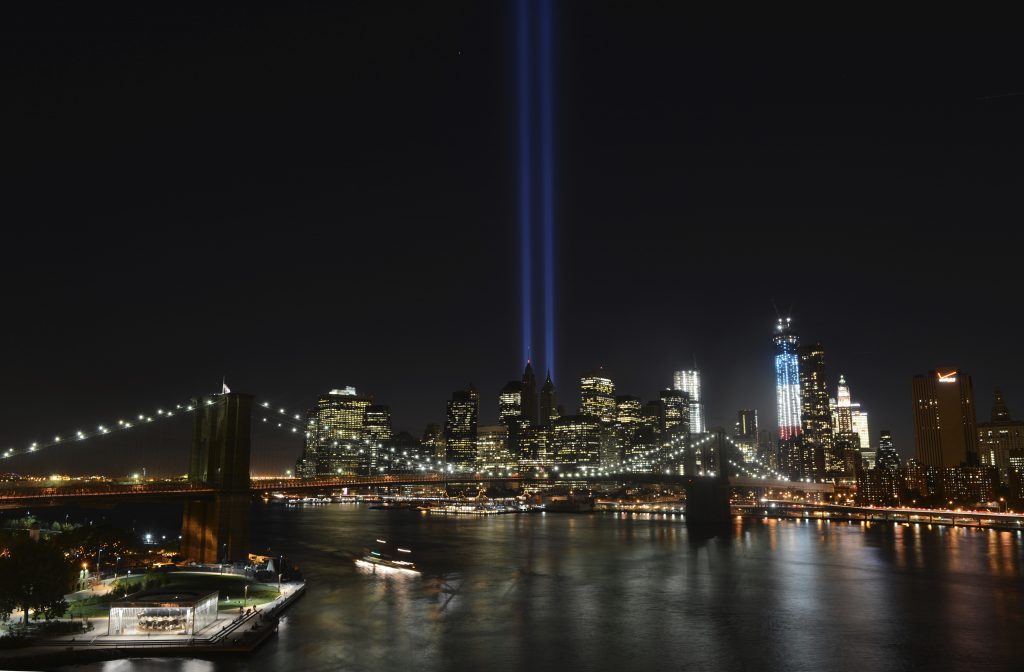 In a year when the coronavirus pandemic has reshaped countless American rituals, even the commemoration of 9/11 could not escape unchanged.

The 19th anniversary of the terror attacks will be marked by dueling ceremonies at the Sept. 11 memorial plaza and a corner near the World Trade Center, reflecting a divide over the memorial’s decision to suspend a cherished tradition of relatives reading victims’ names in person. Vice President Mike Pence is expected at both those remembrances in New York, while President Donald Trump and Democratic challenger Joe Biden plan to attend a truncated ceremony at the Flight 93 National Memorial in Pennsylvania.

In New York, the double beams of light that evoke the fallen twin towers were nearly canceled in the name of virus safety, until an uproar sparked a change of heart. The Fire Department has cited the virus in urging members to stay away from any observances of the 2001 attacks that killed nearly 3,000 people, among them almost 350 firefighters.

Some victims’ relatives say they understand the ground zero observance had to change in a year when so much else has. Others fear the pandemic is making plain what they have feared was happening unspoken: that the commitment to “Never Forget” is fading.

This year’s plans have been a balancing act at the sites where hijacked planes piloted by al-Qaida terrorists crashed on Sept. 11, 2001: New York, the Pentagon and a field near Shanksville, Pennsylvania.

The Flight 93 memorial near Shanksville is trimming its usual 90-minute ceremony, partly by eliminating musical interludes. Memorial spokeswoman Katherine Cordek said the names of the 40 people killed there would be read, but by one person instead of multiple family members.

The Pentagon hasn’t yet detailed its plans for the anniversary.

In New York — where the nation’s deadliest coronavirus spike early happened this spring but has since been fairly well contained — leaders of the National Sept. 11 Memorial & Museum said their plan for a no-reading ceremony would honor both virus precautions and 9/11 families’ attachment to being at ground zero on the anniversary.

Tensions over anniversary plans flared anew when the memorial announced last month it was nixing the Tribute in Light, twin blue beams that shine into the night sky over lower Manhattan. While there’s no official gathering to view the lights, the memorial cited virus risks to the installation crew.

The cancellation outraged some victims’ relatives, police and fire unions and politicians, who noted that construction sites around the city were deemed safe to reopen months ago. After the Tunnel to Towers foundation said it would organize the display on its own, Gov. Andrew Cuomo and former Mayor Mike Bloomberg, the memorial’s billionaire chairman, stepped in to keep the memorial-sponsored lights on. (Tunnel to Towers is now stationing lights at the Flight 93 memorial and the Pentagon.)

Still, the memorial’s moves fanned mistrust among some 9/11 victims’ relatives who wonder how long the name-reading and other observances will continue.