Israel Trump Says Another Country Could Join Israel-UAE Accord
Israel 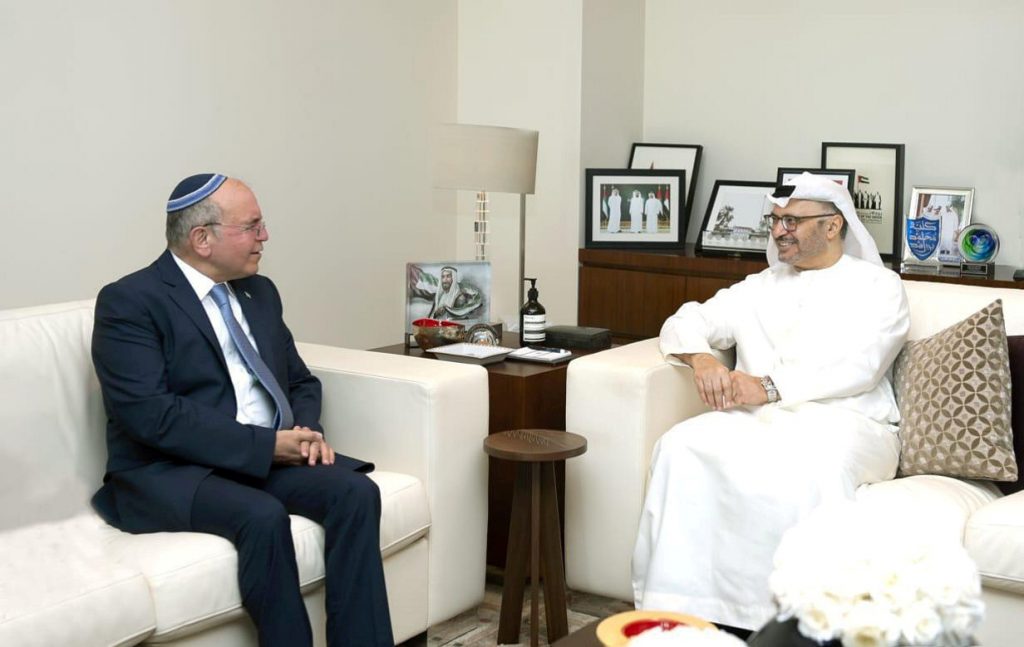 U.S. President Donald Trump said on Thursday it was possible another country could soon join a diplomatic accord between Israel and the United Arab Emirates.

Trump is to host a signing ceremony next Tuesday that will include delegations with Israel and the UAE. His negotiators have been trying to get other Gulf nations, such as Bahrain and Oman, to join in normalizing relations with Israel.

Israel and the UAE agreed last month to normalize relations in a deal that Trump helped orchestrate.

“Next week at the White House we’ll be having a signing between the UAE and Israel, and we could have another country added into that. And I will tell you that countries are lining up that want to go into it,” Trump told a White House news conference.

Trump, who is seeking re-election on Nov. 3, did not disclose the name of the country that might be the next to join, but predicted that Saudi Arabia would eventually do so.

“You’ll be hearing other countries coming in over a relatively short period of time. And you could have peace in the Middle East,” he said.

“I think what ultimately will happen is you’re going to have quite a few countries come in. The big ones are going to be coming in. I spoke to the king of Saudi Arabia, so we’re talking. We just started the dialogue. And you’ll have them come in,” he said.

The Saudi Embassy in Washington did not respond to a query on whether the Saudi ambassador or another Saudi representative would attend next week’s signing ceremony at the White House.

Trump said he believed the Palestinians, who have denounced Trump’s Middle East peace initiative as too favorable to Israel, would ultimately “get back into the fold” and open a dialogue.

“I’m frankly surprised they haven’t been to the table earlier,” said Trump, who added the United States would consider lifting a freeze on aid to the Palestinians if a deal can be reached with them.