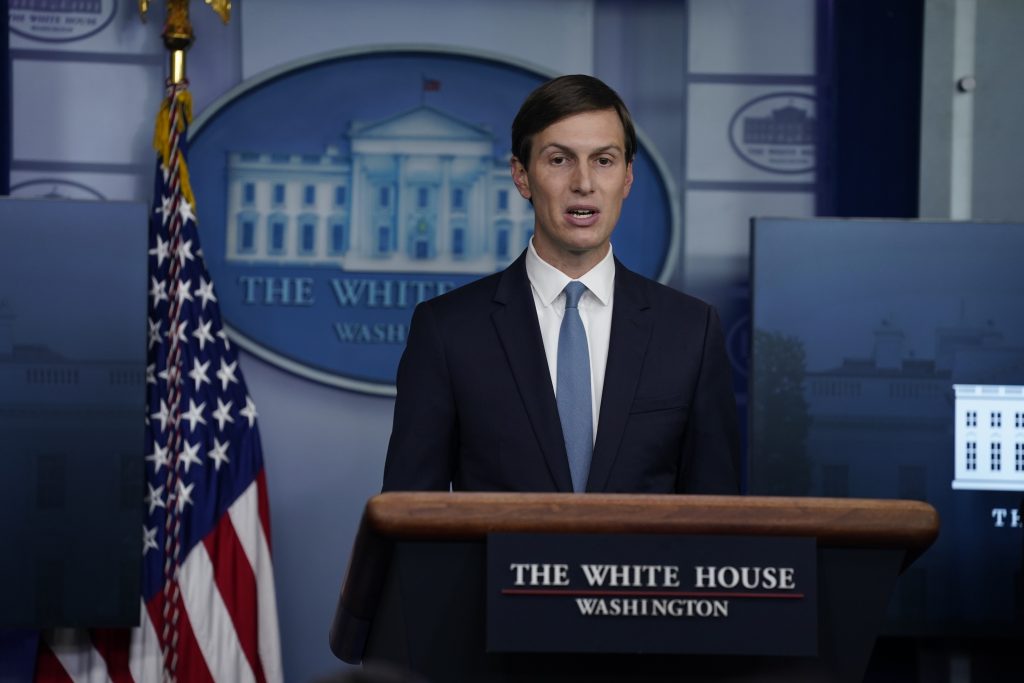 Jared Kushner, White House adviser and Trump son in law, announced that Saudi Arabia and Bahrain have agreed to open their airspaces to all flights from Israel.

“Saudi Arabia and Bahrain will allow all Israeli flights to pass over their territory, and not just flights to and from the Emirates,” Kushner said at a press briefing.

This will allow Israeli airlines to fly from Israel to Asia with significantly shortened flight times.

“That will save people a lot of time and knock down a barrier that’s been up for 72 years,” said Kushner, adding, “Countries starting to let go of old conflicts and move in the direction of peace.”

“It’s a tremendous barrier that’s been taken away. You’re seeing everyday new announcements of airlines that are looking to fly from Israel to different Arab cities that traditionally they weren’t allowed to go to and backward. You have a lot of excitement building in the Arab world and Muslim world with people wanting to go to Israel to visit the tourist sites and to pray. You’re seeing kosher restaurants opening up now in Dubai and so every day we’re seeing new and new announcements, which is showing the progress that this peace is bringing to the Middle East,” Kushner said.

Kushner spoke about the planned ceremony to sign the agreement between Israel and the UAE scheduled to take place at the White House next week. He said the administration will invite both Republicans and Democrats to attend.

“This is something that should be bipartisan. We will invite Democrats or Republicans to be here. This has been praised by people on both sides of the aisle, and hopefully, this is one issue that can stay out of politics,” he said.